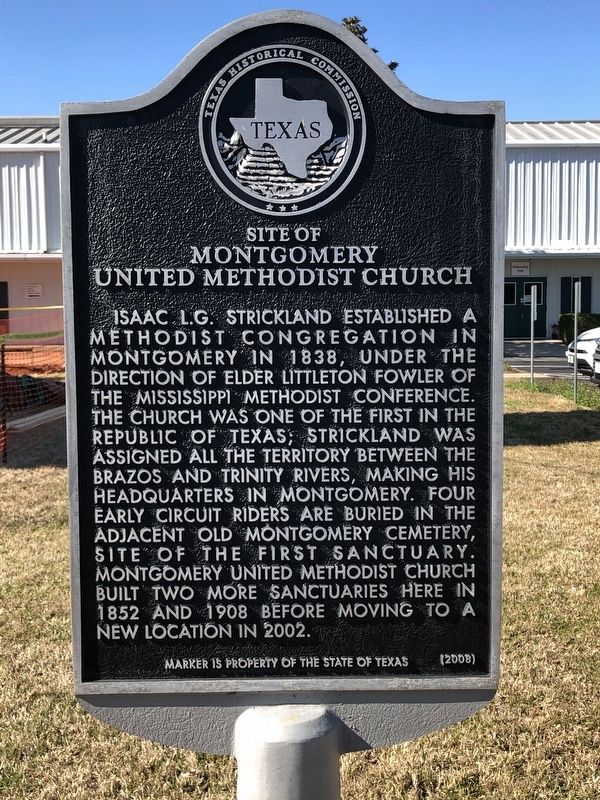 Isaac L.G. Strickland established a Methodist congregation in Montgomery in 1838, under the direction of Elder Littleton Fowler of the Mississippi Methodist Conference. The church was one of the first in the Republic of Texas; Strickland was assigned all the territory between the Brazos and Trinity rivers, making his headquarters in Montgomery. Four early circuit riders are buried in the adjacent Old Montgomery Cemetery, site of the first sanctuary. Montgomery United Methodist Church built two more sanctuaries here in 1852 and 1908 before moving to a new location in 2002. 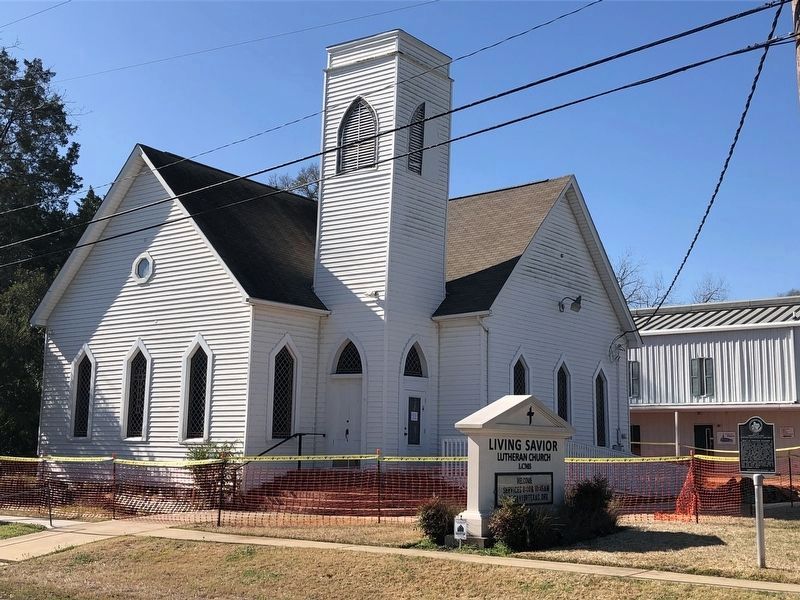