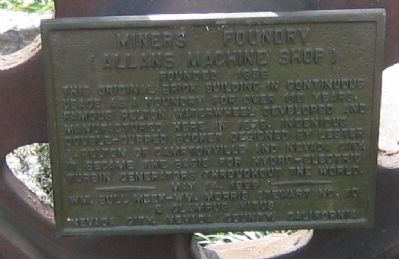 This original brick building in continuous usage as a foundry for over 110 years. Famous Pelton Waterwheel developed and manufactured here in 1878. Ingenious double-cupped bucket designed by Lester A. Pelton of Camptonville and Nevada City. It became the basis for Hydro-electric turbin generators throughout the world.

Topics and series. This historical marker is listed in these topic lists: Industry & Commerce • Natural Resources • Notable Events. In addition, it is included in the E Clampus Vitus series list. A significant historical year for this entry is 1878.

Other nearby markers. At least 8 other markers are within walking distance of this marker. Pelton Wheel Manufacturing Site (here, next to this marker); English and New Salmon Mine Stamp Mill (here, next 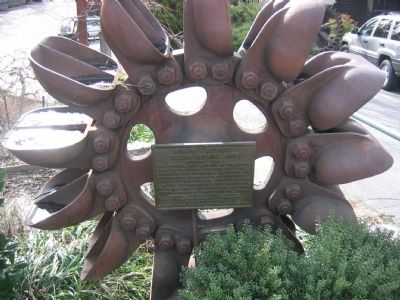 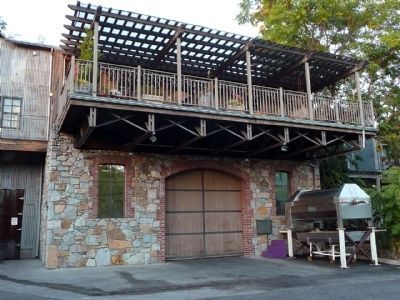