The History of Licking Memorial Hospital 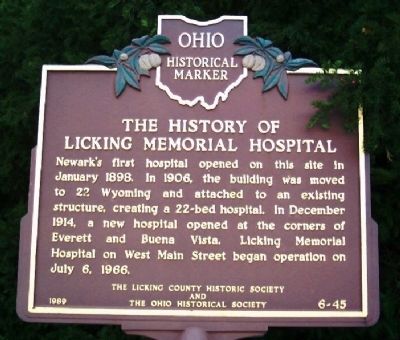 Newark's first hospital opened on this site in January 1898. In 1906, the building was moved to 22 Wyoming and attached to an existing structure, creating a 22-bed hospital. In December 1914, a new hospital opened at the corners of Everett and Buena Vista. Licking Memorial Hospital on West Main Street began operation on July 6, 1966.

Topics and series. This historical marker is listed in this topic list: Science & Medicine. In addition, it is included in the Ohio Historical Society / The Ohio History Connection series list. A significant historical month for this entry is January 1898.

Location. 40° 3.742′ N, 82° 24.275′ W. Marker is in Newark, Ohio, in Licking County. Marker is at the intersection of Hudson Avenue (Ohio Route 13) and Wyoming Street, on the right when traveling north on Hudson Avenue. Touch for map. Marker is in this post office area: Newark OH 43055, United States of America. Touch for directions.

Other nearby markers. At least 8 other markers are within walking distance of this marker. McCune-Stimson House (approx. ¼ mile away); "Double Arrow" Wrought Iron Fence (approx. 0.3 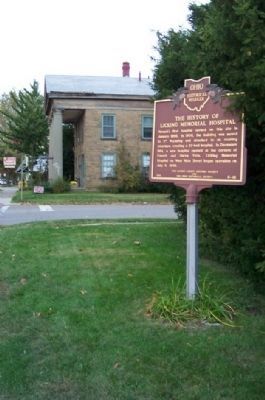 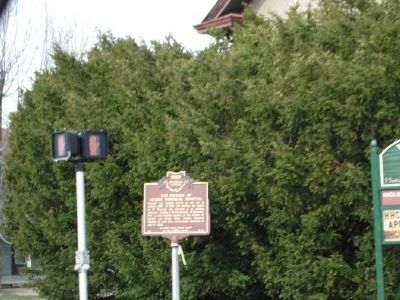 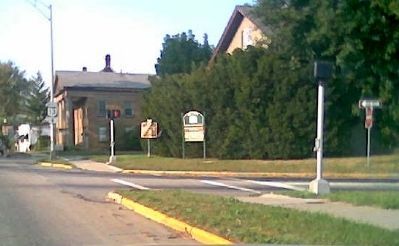