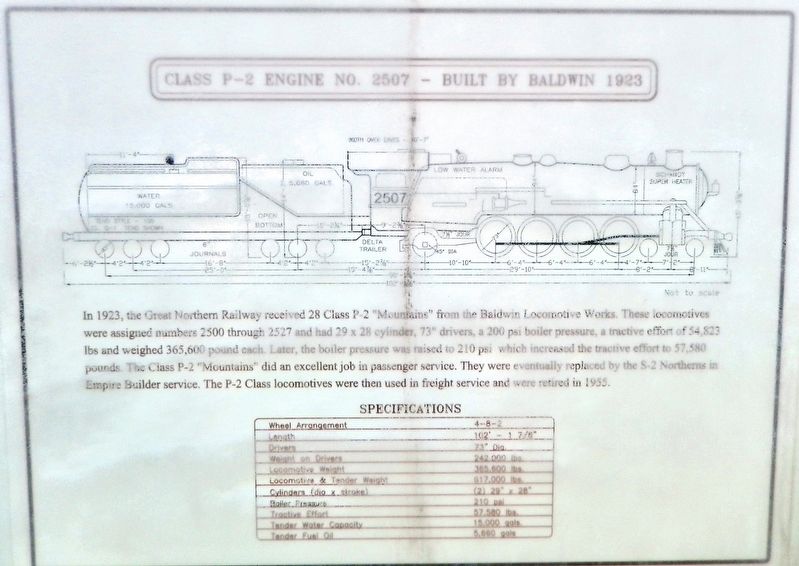 In 1923, the Great Northern Railway received 28 Class P-2 “Mountains” from the Baldwin Locomotive Works. These locomotives were assigned numbers 2500 through 2527 and had 29 X 28 cylinder, 73” drivers, a 200 psi boiler pressure, a tractive effort of 54,823 lbs and weighed 365,600 pounds each. Later, the boiler pressure was raised to 210 psi which increased the tractive effort to 57,580 pounds. The Class P-2 “Mountains” did an excellent job in passenger service. They were eventually replaced by the S-2 Northerns in Empire Builder service. The P-2 Class locomotives were then used in freight service and were retired in 1955. 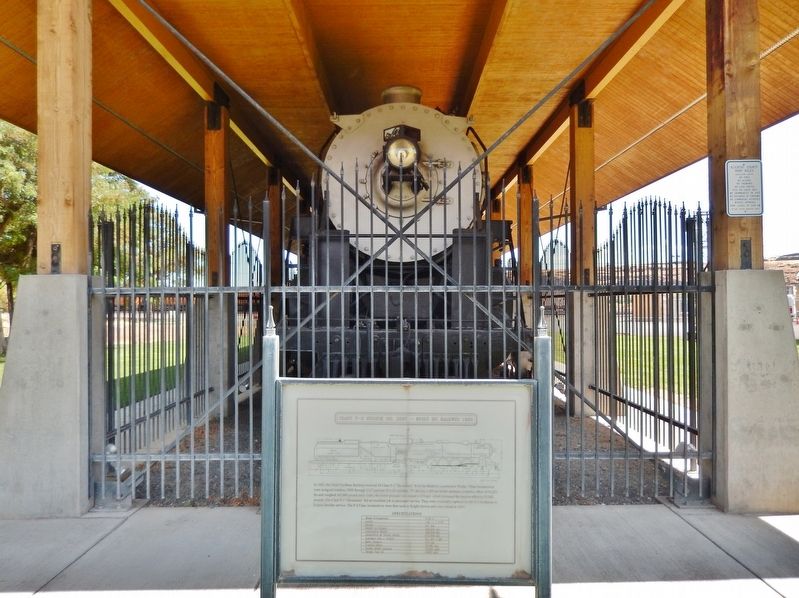 Click or scan to see
this page online
topic lists: Industry & Commerce • Railroads & Streetcars. A significant historical year for this entry is 1923.

Location. 45° 39.493′ N, 120° 57.979′ W. Marker is in Wishram, Washington, in Klickitat County. Marker is at the intersection of Main Street and Railroad Avenue, on the left when traveling west on Main Street. Marker is located in front of the Locomotive 2507 exhibit, in a small park beside the BNSF Wishram Terminal parking lot. Touch for map. Marker is at or near this postal address: 1 Railroad Avenue, Wishram WA 98673, United States of America. Touch for directions.

More about this marker. This is a large, framed, encased "poster-style" marker, mounted on three-foot tall metal posts.

Also see . . .  Great Northern 2507. The P-2s became renowned for their speed, reliability, and good looks. Besides the Builder, P-2s could be found pulling silk trains, the Fast Mail, Oriental 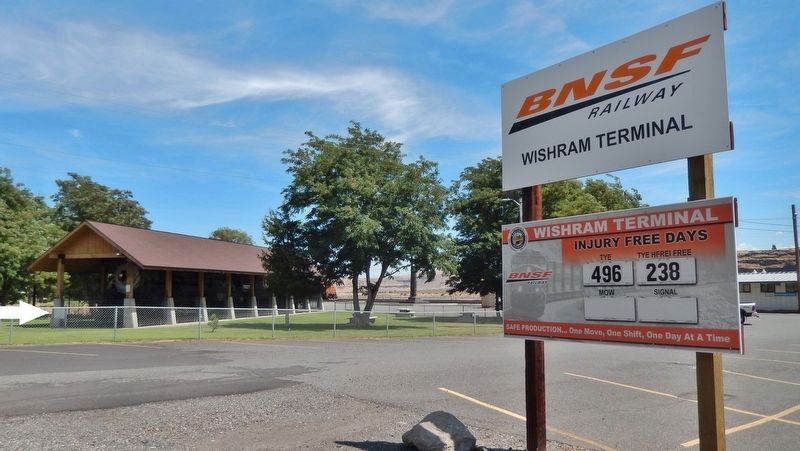 Photographed By Cosmos Mariner, July 14, 2015
3. BNSF Wishram Terminal Park & Locomotive 2507 exhibit (wide view; marker visible at left)
Limited and, from time to time, the Glacier Park Limited. At the close of the steam era, several GN steam locomotives were preserved. No. 2507, which was retired in December 1957, was not immediately scrapped, but kept in storage for many years in Minnesota. Then, in a twist of fate, it too wound up being preserved. On Monday, July 7, 2003, BNSF C44-9W No.4458 tied onto No.2507 for its final journey to Wishram. Now on exhibit in Wishram, the overhead shelter, while a hindrance to photography, will keep the locomotive looking good for years to come. (Submitted on January 22, 2019, by Cosmos Mariner of Cape Canaveral, Florida.) 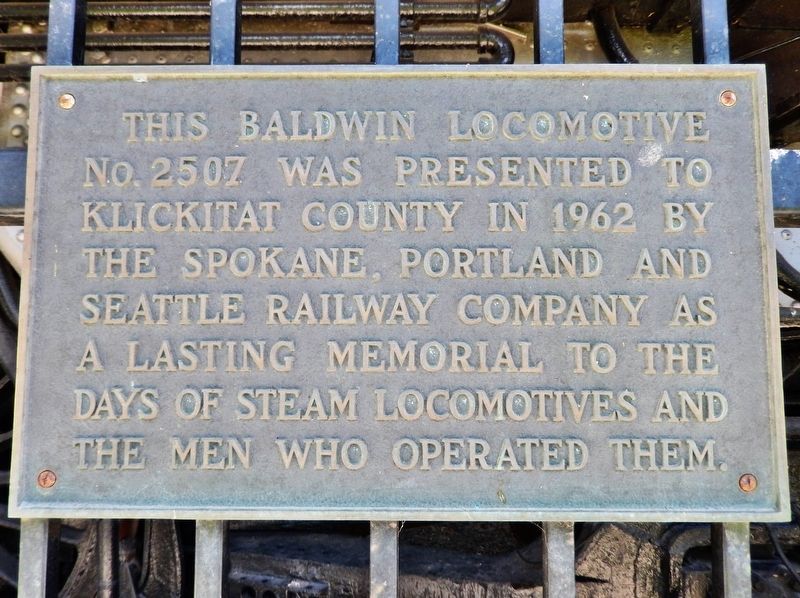 Photographed By Cosmos Mariner, July 14, 2015
4. Baldwin Locomotive No. 2507 Exhibit Dedication plaque (located near marker)
This Baldwin locomotive No. 2507 was presented to Klickitat County in 1962 by the Spokane, Portland and Seattle Railway Company as a lasting memorial to the days of steam locomotives and the men who operated them. 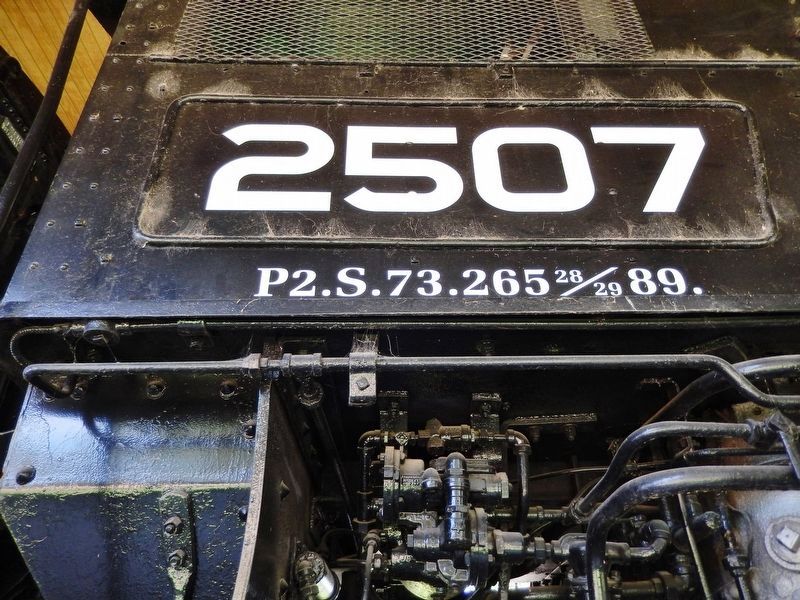 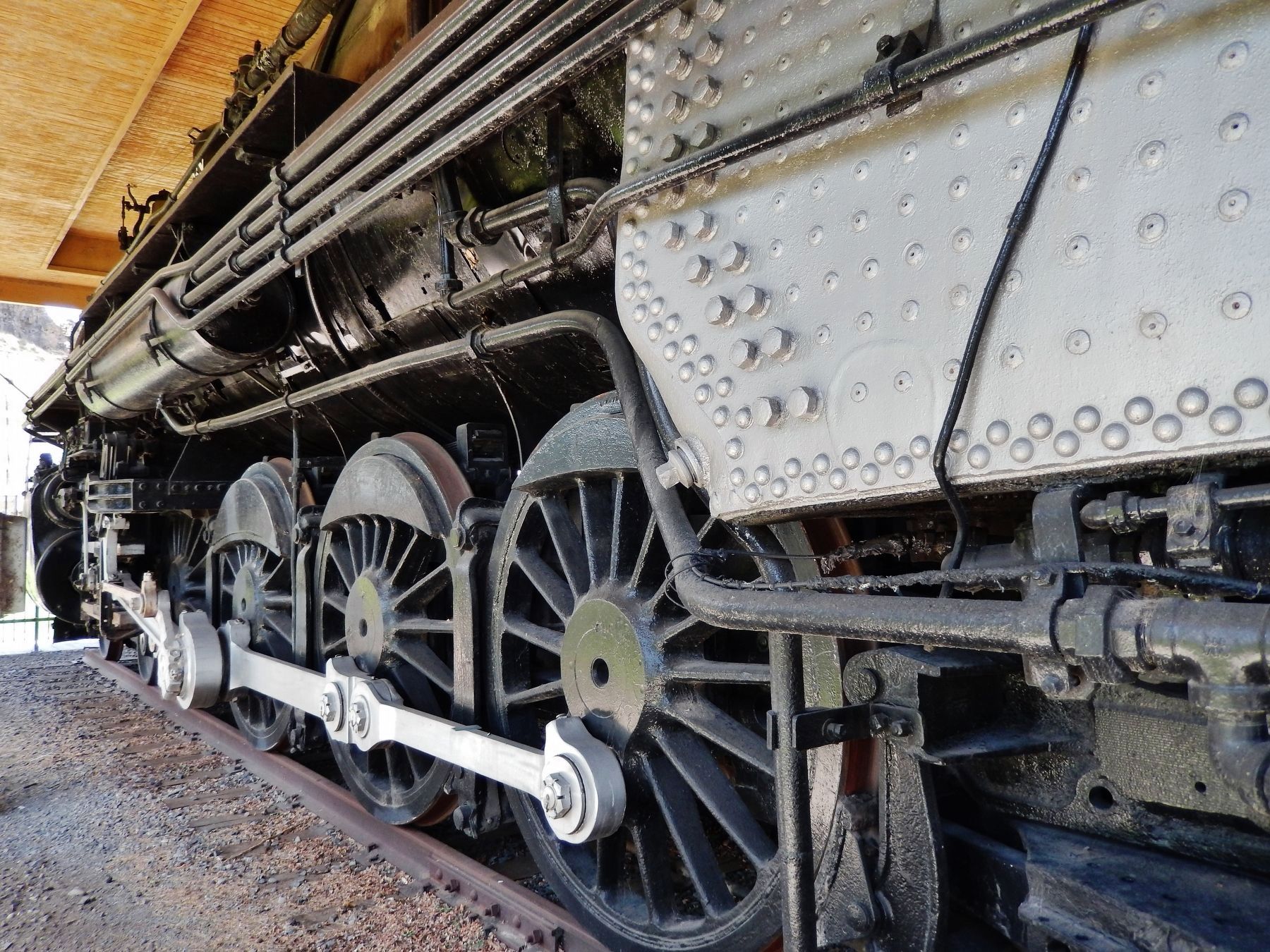