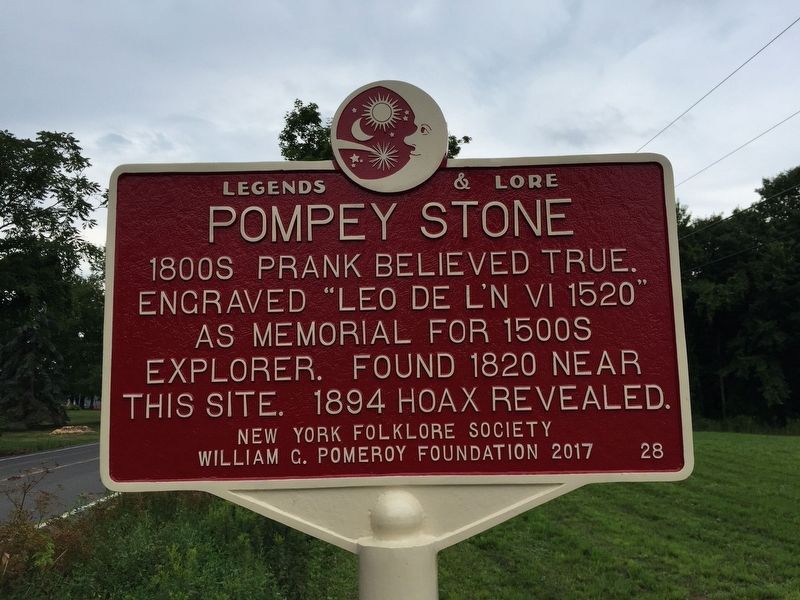 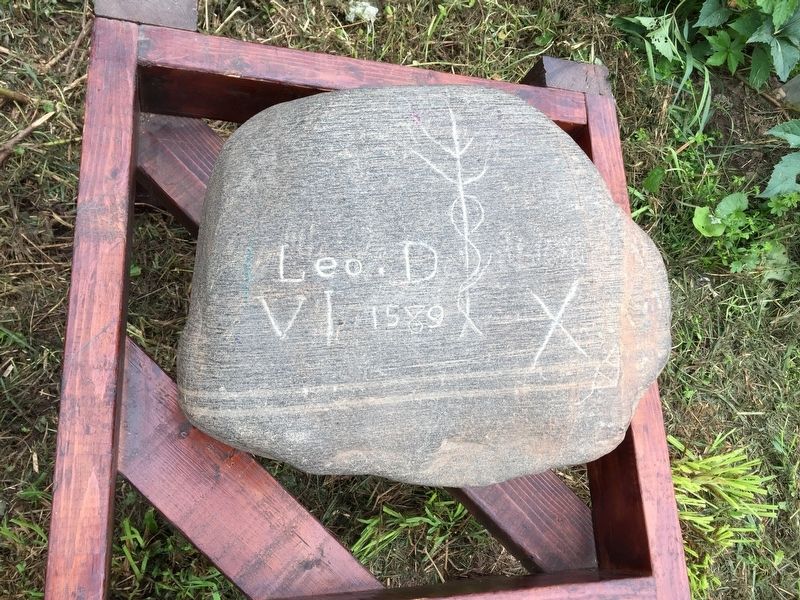 Regarding Pompey Stone. The story behind the Pompey Stone spans nearly two centuries. In 1820, a local farmer Philo Cleveland reported finding the Stone when clearing his fields. The Stone, which is engraved “Leo De L’N VI 1520,” was believed for many years to be an authentic artifact from a Spanish explorer. In 1894, there were claims that two local men had doctored it in a blacksmith shop in nearby Oran, NY. The relic’s authenticity immediately fell into question and there’s been various stories about the hoax ever since. The field where the stone was found continues to be farmed to this day.
Credits. This page was last revised on January 24, 2019. It was originally submitted on January 23, 2019, by Deryn Pomeroy of Syracuse, New York. This page has been viewed 151 times since then. Photos:   1, 2. submitted on January 23, 2019, by Deryn Pomeroy of Syracuse, New York. • Andrew Ruppenstein was the editor who published this page.
Share This Page.