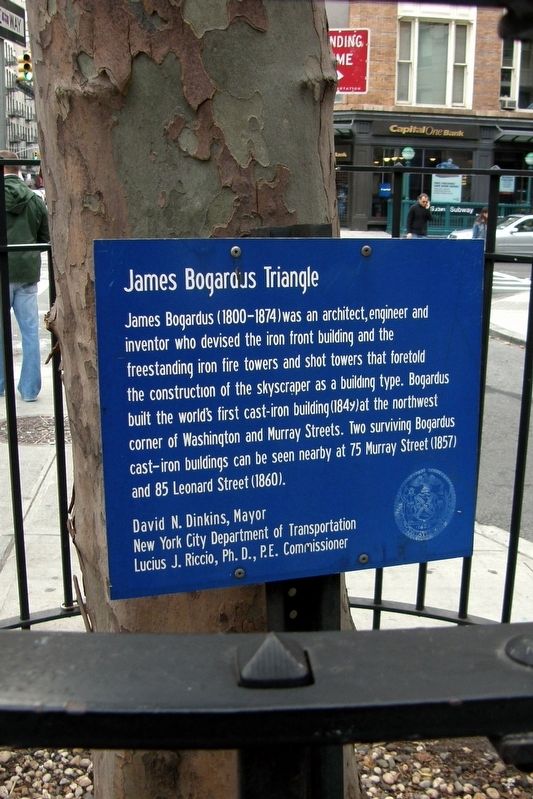 James Bogardus (1800-1874) was an architect, engineer and inventor who devised the iron front building and the freestanding iron towers and shot towers that foretold the construction of the skyscraper as a building type. Bogardus built the world’s first iron-cast building (1849) at the northwest corner of Washington and Murray Streets. Two surviving Bogardus cast-iron buildings can be seen nearby at 75 Murray Street (1857) and 85 Leonard Street (1860).

Other nearby markers. At least 8 other markers are within walking distance of this marker. James Bogardus Viewing Garden (within shouting 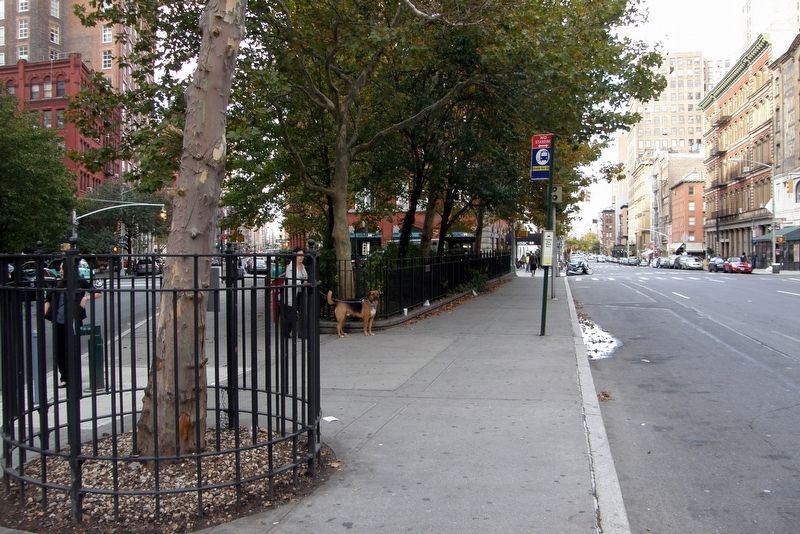 Also see . . .  Historic American Building Survey Notes for the Edgar Laing Stores. Survey notes for the building, collected at the time of the building's destruction in the spring of 1971. (Submitted on January 24, 2019.) 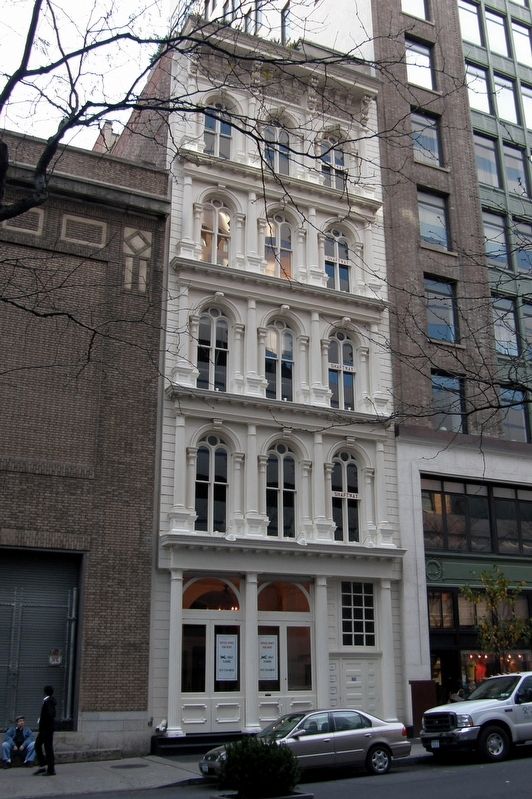 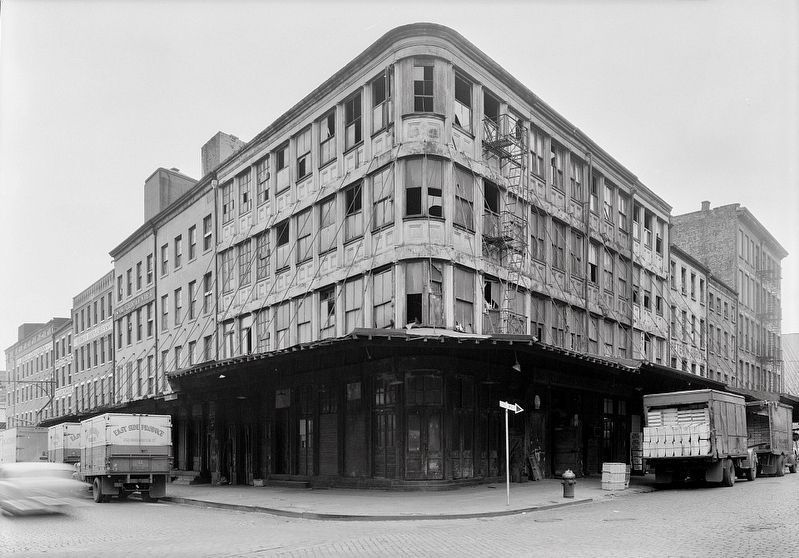 Jack Boucher (photo courtesy of the Historic American Buildings Survey, Library of Congress), 1971
5. View from southeast - Edgar Laing Stores, Washington & Murray Streets
Possibly the world's first cast iron building, built in 1849, and shown here just prior to being torn down. In addition to this building, Bogardus had also previously displayed a cast-iron building prototype in 1847. 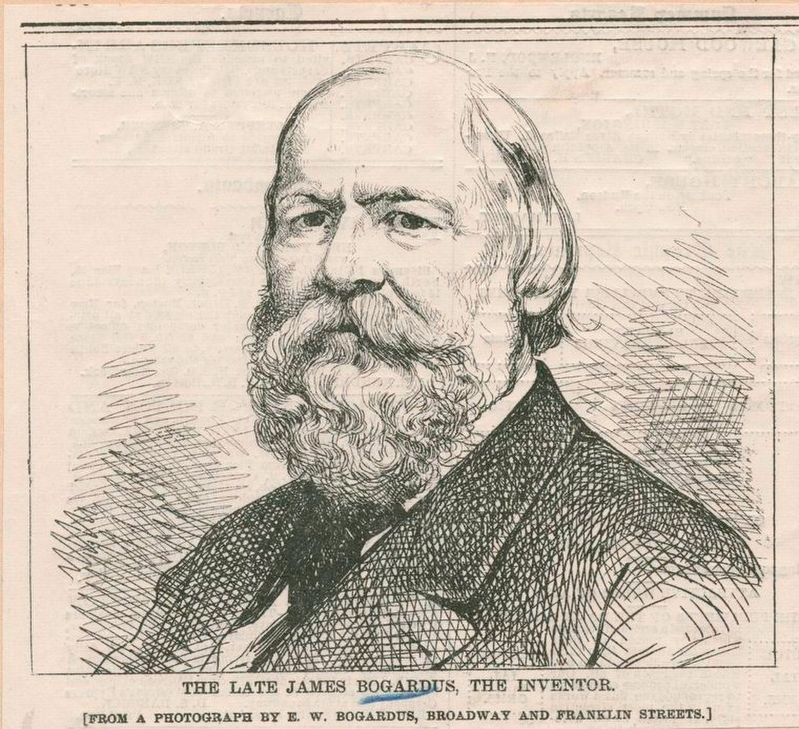