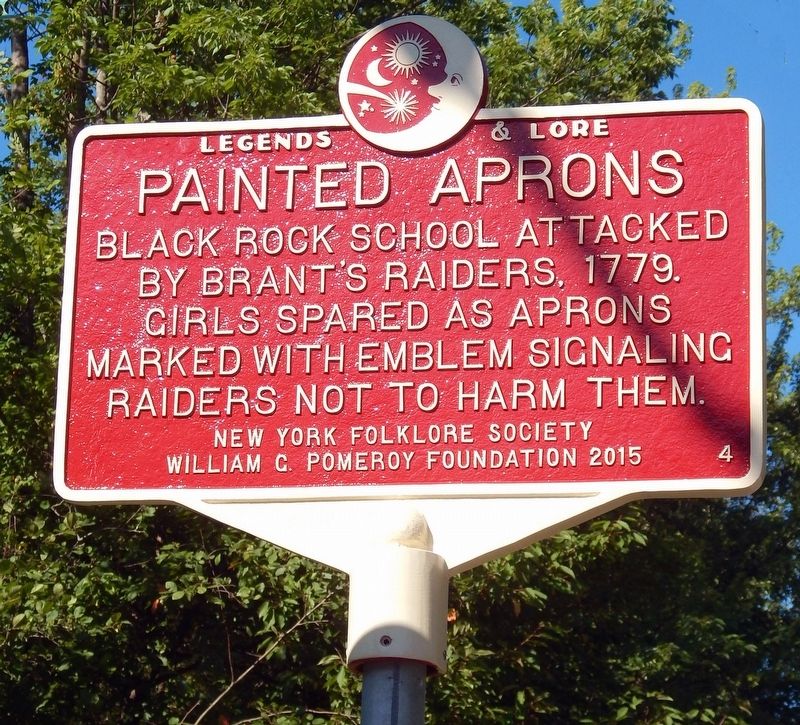 Black Rock School attacked by Brant's raiders, 1779. Girls spared as aprons marked with emblem signaling raiders not to harm them.

Topics and series. This historical marker is listed in these topic lists: Anthropology & Archaeology • War, US Revolutionary. In addition, it is included in the William G. Pomeroy Foundation Legends & Lore Series series list. A significant historical year for this entry is 1779.

Editor’s want-list for this marker. Photo of the marker within its surroundings • Can you help?
Share this page.