The First Bible in English 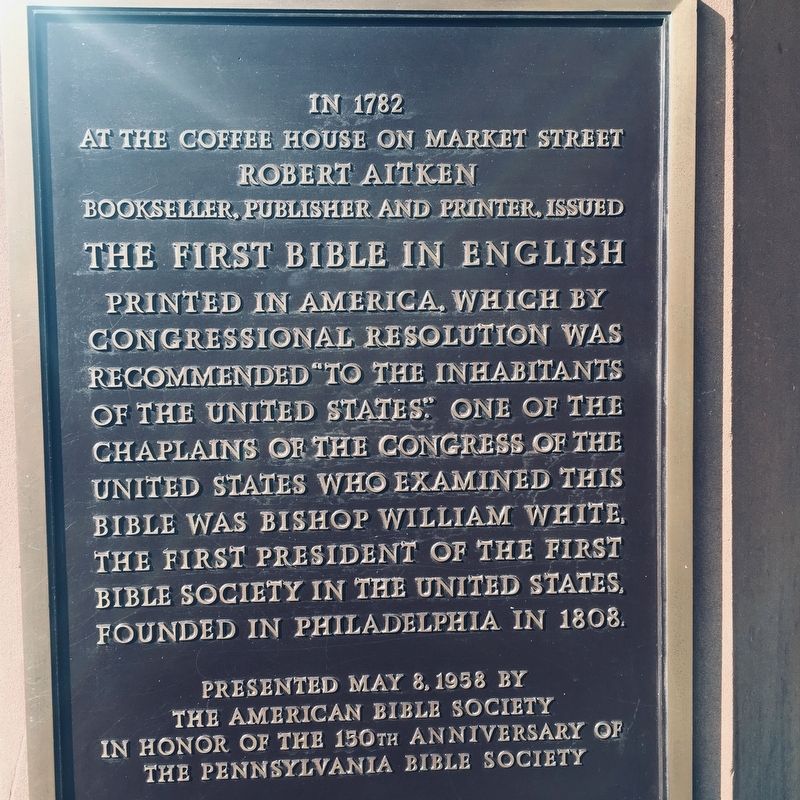 In 1782, at the coffee house on Market Street, Robert Aitken, bookseller, publisher and printer issued the FIRST BIBLE PRINTED IN ENGLISH. Printed in America, which by Congressional Resolution was recommended "To the inhabitants of the United States." One of the Chaplains of the congress of the United States who examined this Bible was Bishop William White, the first President of the first Bible Society in the United States founded in Philadelphia in 1808.

Other nearby markers. At least 8 other markers are within walking distance of this marker. Pennsylvania Bible Society (here, next to this marker); Freedom is a Light (about 300 feet away, measured in a direct line); The Ayer Building (about 400 feet away); Tom Foglietta (about 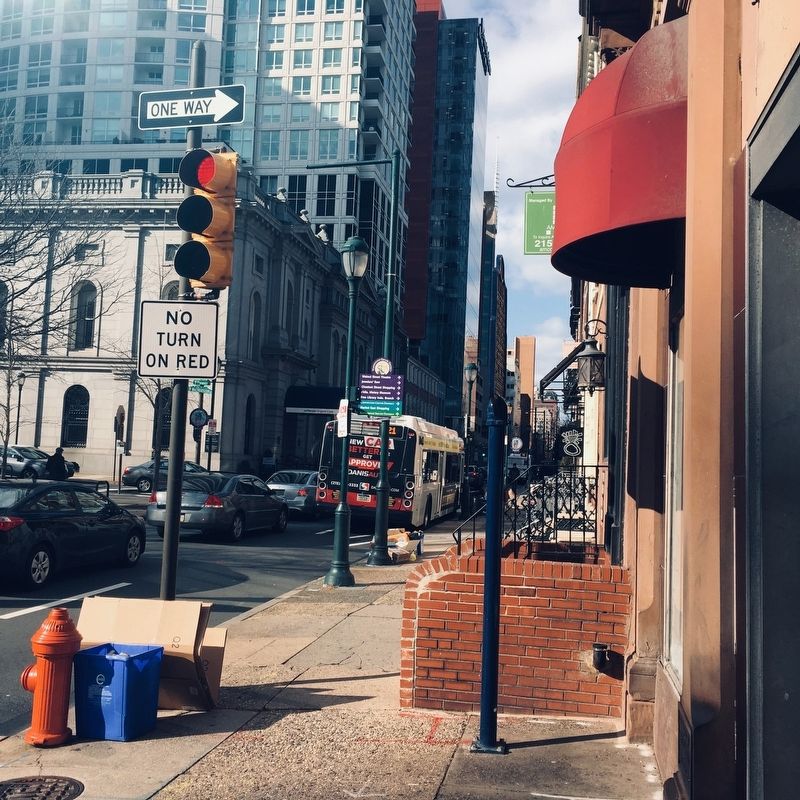