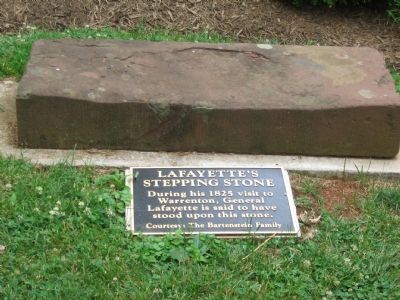 By Craig Swain, June 15, 2007
1. Lafayette's Stepping Stone Marker
Inscription.
Lafayette’s Stepping Stone. . During his 1825 visit to Warrenton, General Lafayette is said to have stood upon this stone. . Courtesy: The Bartenstein Family . This historical marker is in Warrenton in Fauquier County Virginia

During his 1825 visit to Warrenton, General Lafayette is said to have stood upon this stone.

Topics. This historical marker is listed in this topic list: Patriots & Patriotism. A significant historical year for this entry is 1825. 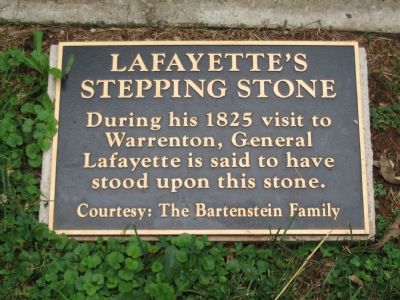 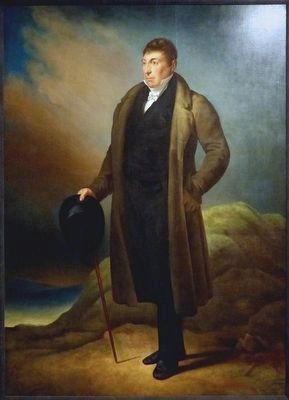 By Allen C. Browne, September 5, 2015
3. General the Marquis de Lafayette
This portrait of Lafayette by an unknown American Artist hangs in the Museum of the Historical Society of Maryland in Baltimore. 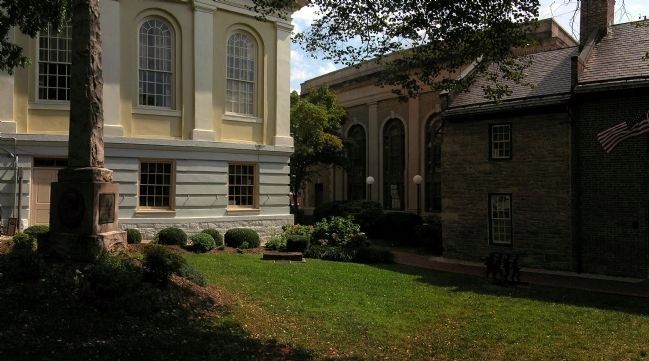