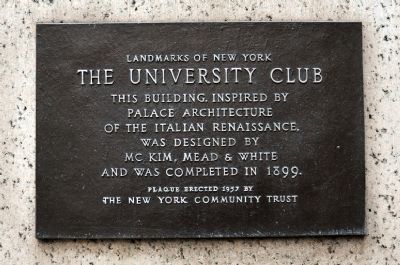 Photographed By R. C.
1. The University Club Marker
Plaque is mounted on the Southeast corner of the building.
Inscription.
The University Club. Landmarks of New York. This building, inspired by Palace Architecture of the Italian renaissance, was designed by McKim, Mead and White and was completed in 1899. . This historical marker was erected in 1957 by The New York Community Trust. It is in New York in New York County New York

This building, inspired by Palace Architecture of the Italian renaissance, was designed by McKim, Mead & White and was completed in 1899.

Topics. This historical marker is listed in this topic list: Notable Buildings. A significant historical year for this entry is 1899.

Regarding The University Club. The building is listed in the "AIA (American Institute of Architects) Guide to New York City, Fifth Edition". 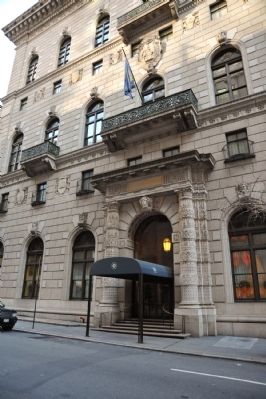 Click or scan to see
this page online
Art Society joined with The New York Community Trust in 1956 to begin the “Landmarks of New York” project. (Submitted on October 27, 2009.) 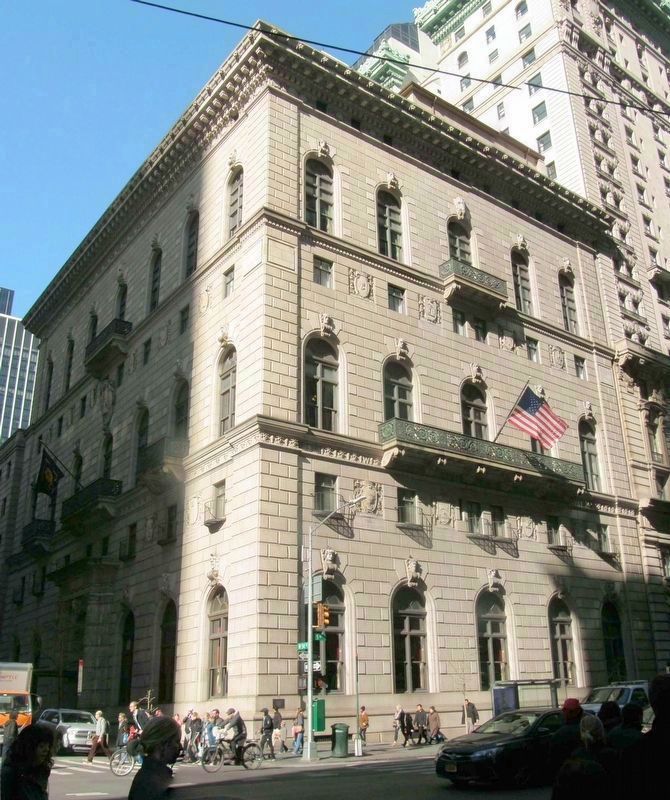 Photographed By Larry Gertner, February 4, 2019
3. The University Club
The marker is visible to the left of the traffic light stanchion. 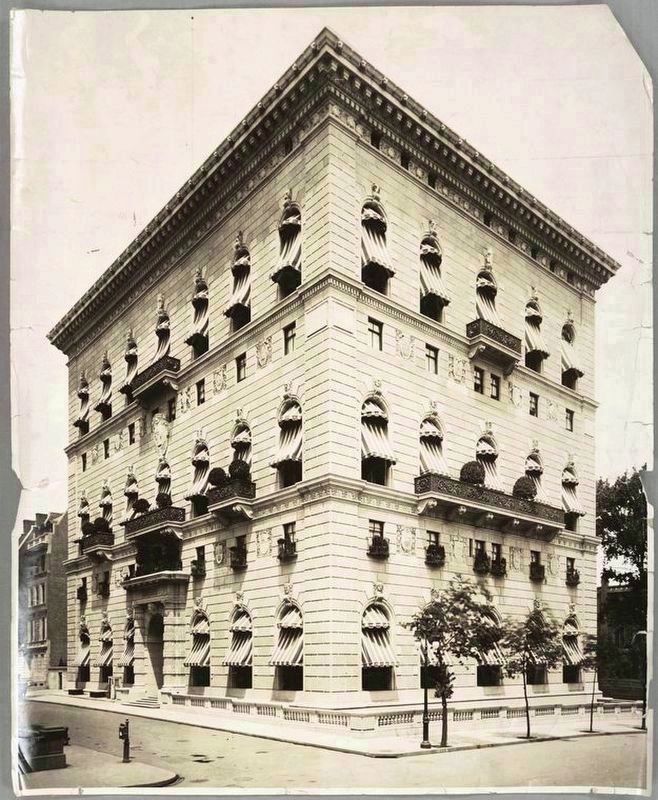 The Wurts Brothers (photo courtesy of the New York Public Library), circa 1900
4. The University Club 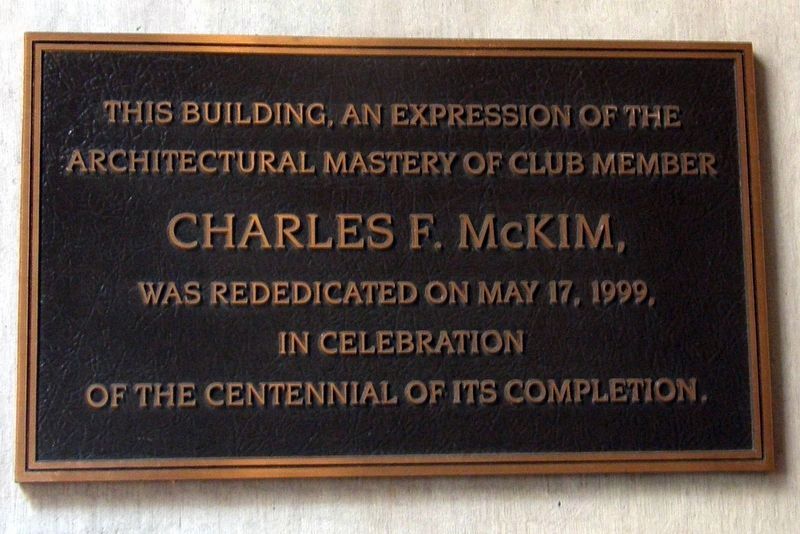