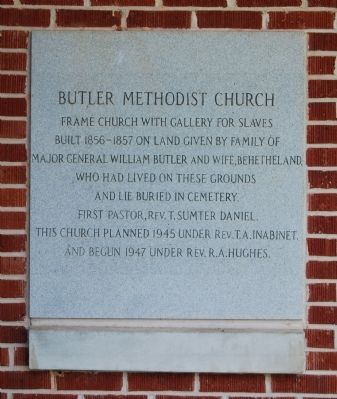 Frame church with gallery for slaves
built 1856-1857 on land given by family of
Major General William Butler and wife, Behethland,
who had lived on these grounds
and lie buried in cemetery.
First pastor, Rev. T. Sumter Daniel.
This church planned 1945 under Rev. T.A. Inabinet,
and begun 1947 under Rev. R.A. Hughes.

Topics. This historical marker is listed in these topic lists: African Americans • Cemeteries & Burial Sites • Churches & Religion. A significant historical year for this entry is 1945.

Location. 34° 3.886′ N, 81° 43.633′ W. Marker is in Saluda, South Carolina, in Saluda County. Marker is on Butler Church Road. Marker is located to the right of the church's main entrance. Touch for map. Marker is in this post office area: Saluda SC 29138, United States of America. Touch for directions.

Other nearby markers. At least 10 other markers are within 5 miles of this marker, measured as the crow flies. Butler Family Graves (approx. ¾ mile away); Mitchell Hill Advent Christian Chruch (approx. 1.3 miles away); Cane Break (approx. 2.4 miles away); Saluda County Stockyard and Livestock Market (approx. 4.2 miles away); Flat Grove 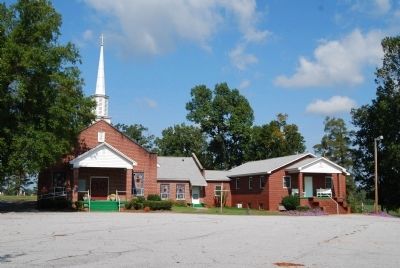 Additional commentary.
1. Butler Family Cemetery
William Butler and his wife, Behethland Foote Moore, settled in what was now Saluda County and built a home there in the late eighteenth century. Between 1855 and 1857 the 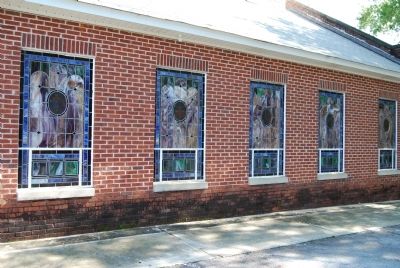 Set in a cleared tree-shaded circle at the edge of a forest area, this old burying ground contains the 20 graves of the Butlers -- a family important in the development of South Carolina and of the Nation.

In both appearance and atmosphere, the old graveyard communicates the sense of being hallowed ground. There is a feeling of tranquility, dignity, and antiquity that effectively separates the historic burial place from the newer cemetery which has grown up between it and what was originally the Butler home site, now occupied by the church.

The Butler Family Cemetery is located behind the church, approximately 200 yards away. The earliest grave marker is dated 1802. The cemetery is a valuable record, not only of the family's history, but also of people who were important in the early development of both South Carolina and the United States. A particular notable fact is that Captain James Butler, father of General William Butler, was killed in the Cloud's Massacre (1780), in which twenty-eight Whigs 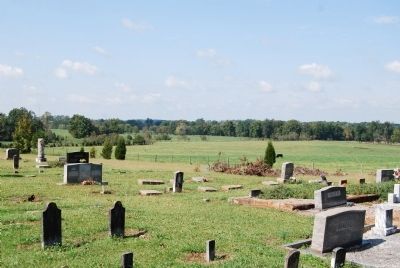 Photographed By Brian Scott, October 18, 2008
4. Butler Methodist Church Cemetery
were overtaken by some 300 Loyalists under the command of Major William Cunningham. A marker was placed at this Lexington County site by the Daughters of the American Revolution to commemorate Butler's efforts during the Revolution. All available information indicates that there is no other property still in existence associated with the Butlers other than the massacre site and the Butler home site on which the 1940 church now stands.

Significance
Members of one of South Carolina's leading families, the Butlers have been prominent in both state and national history; many of its members have been buried in the Butler cemetery.

Persons buried in the cemetery include: 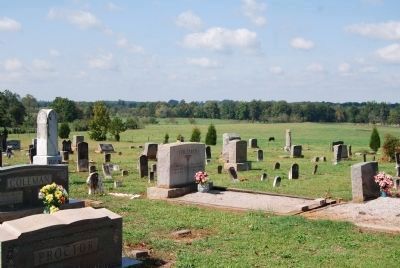 Photographed By Brian Scott, October 18, 2008
5. Butler Methodist Church Cemetery
Surrounded on three sides by dairy farms, the Butler cemetery is one of the most picturesque I've ever seen. From atop the hill where it sits, one can see the rolling pasture lands to the north, dotted by herds of grazing cattle.
by his father, William, and gained national prominence as a political and military leader. Butler began his career as president of the State Bank of South Carolina. He later accepted a commission as lieutenant-colonel in South Carolina's regiment which fought in the Seminole War. Returning to the state, Butler was elected Governor in 1836. Shortly after he left office (1838), he was named agent to the Cherokees and went to Fort Gibson in the Arkansas Territory (until 1846). At the outbreak of the Mexican War, Butler was made commander of the South Carolina Volunteer Regiment known as the Palmetto Regiment, a part of Winfield Scott's army...Butler was killed at the Battle of Churubusco, but his unit was in the vanguard on the final assault on Mexico City.

3) Andrew Pickens Butler (1796-1857), fifth child of William butler and his wife Behethland Foote Moore, was admitted to the South Carolina Bar in 1819. He was elected to the state legislature in 1846 and was reelected in 1848 and again in 1854. Butler, chairman of the Judiciary Committee, actively supported the interests of his slave holding constituency; his speech on the Kansas issue drew severe criticisms from Charles Sumner, the astute senator from Massachusetts. Senator Sumner's harsh verbal attacks on Butler and the State of South Carolina brought about the caning of Sumner in the Senate chamber, by Congressman 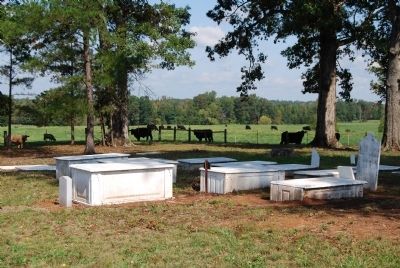 4) Behethland Foote Moore Butler (1763-1853), who was named by the Daughters of the American Revolution as a South Carolina heroine of the Revolution. As a young girl, she wanted patriotic forces of approaching British troops and prevented their capture.

5) William and Alexander Butler, who were grandsons of William and Behethland Foote Moore Butler and sons of Dr. William Butler (surgeon at the Battle of New Orleans) and Jane Tweedy Perry Butler. Mrs. Butler was the sister of Commodore Oliver Hazard Perry, who fought in the Battle of Lake Erie, and of Matthew Calbraith Perry, who opened Japan to western trade.

6) Emmala Elizabeth Butler Thompson, who was the wife of Waddy Thompson, United States Congressman and minister to Mexico from 1835 to 1844.

7) Thomas Pickens Butler, who was a colonel in the Confederate Army and was killed in 1865 when the southern armies were defending Richmond against General Grant's forces.

In addition to those listed, four sons of William and Behethland Foote Moore Butler -- Colonel Frank, Lieutenant-Colonel Leontine, Major James, and Major George -- were officers in American armies. Major William Moore (brother of Behethland Foote Moore Butler) and Colonel Zachariah Smith Brooks (brother-in-law of General William Butler) are also buried here; the Butler Cemetery therefore contains ten soldiers who were veterans of six wars (French and Indian, several Indian wars, Revolution, War of 1812, Mexican War, and the war Between the States). (Source: National Register nomination form.)
— Submitted March 13, 2009, by Brian Scott of Anderson, South Carolina.
2. William Butler (1759-1821)
William Butler, (father of William Butler [1790-1850] and Andrew Pickens Butler and grandfather of Matthew Calbraith Butler), a Representative from South Carolina; born in Prince William County, Va., December 17, 1759; attended grammar schools; moved to South Carolina; served in the Snow campaign under General Richardson in 1775 and in Gen. Andrew Williamson’s expedition against the Cherokee Indians in 1776; lieutenant in Pulaski’s legion, under Gen. Benjamin Lincoln, in 1779; served under Gen. Andrew Pickens at the siege of Augusta in 1780, as captain under General Henderson in 1781, and as captain of Mounted Rangers under General Pickens in 1782; member of the State convention which adopted the Federal Constitution; member of the State house of representatives in 1787-1795; sheriff of the Ninety-sixth District in 1791; elected major general of the upper division of State militia in 1796; elected as a Republican to the Seventh and to the five succeeding Congresses (March 4, 1801-March 3, 1813); was not a candidate for reelection; major general commanding the troops raised for the defense of South Carolina during the War of 1812; retired to his plantation on the Saluda River, near Mount Willing, Edgefield County, S.C., and died there November 15, 1821; interment in the family burial ground at Butler Methodist Church, near Saluda, Edgefield (now Saluda) County, S.C. (Source: Biographical Directory of the U.S. Congress.)
— Submitted December 26, 2010, by Brian Scott of Anderson, South Carolina.
Credits. This page was last revised on January 23, 2020. It was originally submitted on October 25, 2008, by Brian Scott of Anderson, South Carolina. This page has been viewed 1,331 times since then and 35 times this year. Photos:   1, 2, 3, 4, 5. submitted on October 25, 2008, by Brian Scott of Anderson, South Carolina.   6. submitted on October 26, 2008, by Brian Scott of Anderson, South Carolina.
Share this page.