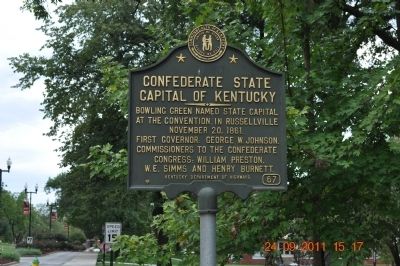 Topics. This historical marker is listed in this topic list: War, US Civil. A significant historical date for this entry is November 20, 1845.

Location. 36° 59.323′ N, 86° 27.234′ W. Marker is in Bowling Green, Kentucky, in Warren County. Marker is on College Heights Boulevard, on the right when traveling west. Located near Kentucky Museum near the Lincoln Statue. Touch for map. Marker is in this post office area: Bowling Green KY 42101, United States of America. Touch for directions. 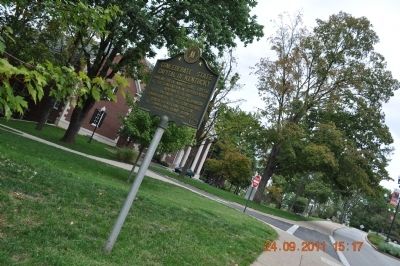 Additional commentary.
1. Marker removed, now reinstalled.
The marker was placed in storage in the Kentucky Museum so it would not get damaged during the construction process of Western Kentucky University's new Hilltopper Hall, which is near where the marker stood. The marker was reinstalled February 14th, without fanfare, a few feet from its previous location.
— Submitted December 23, 2018, by Mark Hilton of Montgomery, Alabama.
2. Marker again removed and placed in storage.
Following a fresh wave of discussion at Western Kentucky University about history and how it should be remembered, the Kentucky Historical Society (KHS) agreed that the placement of the marker is out of historical context, and the marker has therefore been removed and placed in storage until KHS can designate a contextually-appropriate location.
— Submitted August 26, 2020, by Mark Hilton of Montgomery, Alabama. 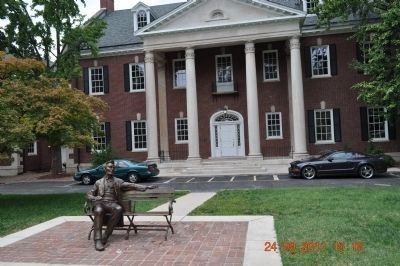 Editor’s want-list for this marker. Photo of marker in new location. • Can you help?
Share this page.