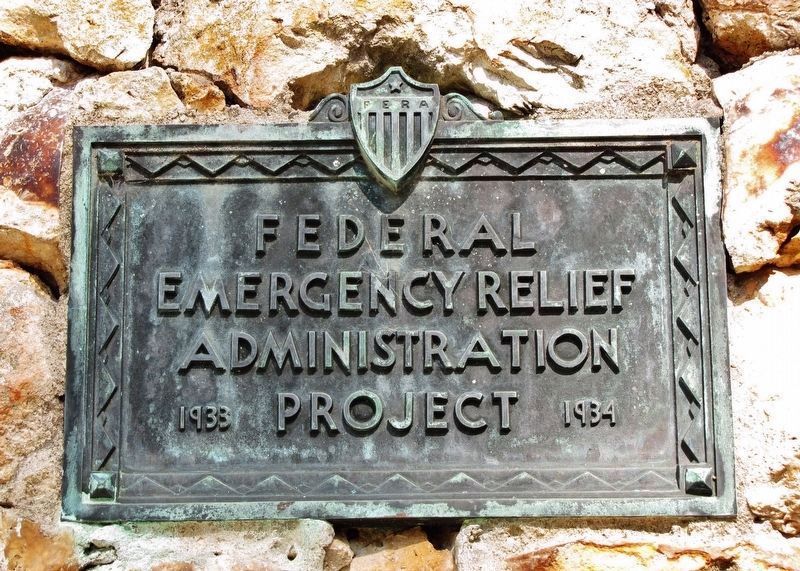 Topics and series. This historical marker is listed in these topic lists: Charity & Public Work • Parks & Recreational Areas. In addition, it is included in the Works Progress Administration (WPA) projects series list. A significant historical year for this entry is 1933.

Location. 29° 38.138′ N, 81° 38.774′ W. Marker is in Palatka, Florida, in Putnam County. Marker can be reached from Twigg Street east of South 18th Street, on the right when traveling east. Marker is located within Ravine Gardens State Park, near the park visitor center, on the southeast side of the gardens fountain. Touch for map. Marker is at or near this postal address: 1600 Twigg Street, Palatka FL 32177, United States of America. Touch for directions.

Other nearby markers. At least 8 other markers are within one mile of this marker, measured as the crow flies. William Bartram Trail (about 300 feet away, measured in a direct line); Garden Center History (about 400 feet away); The Civil War and the Ravines (about 500 feet away); Suspension Bridges and Amphitheater (approx. 0.2 miles away); Native Americans at the River 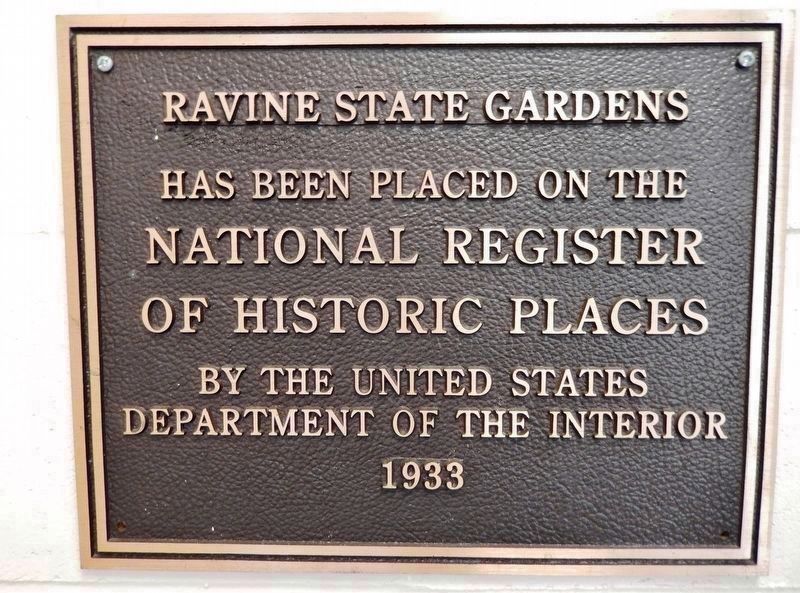 More about this marker. Marker is a rectangular, embossed, metal tablet, mounted above eye-level, on a limestone retaining wall near the gardens fountain.

Regarding Ravine State Gardens. Ravine Gardens State Park is one of the nine New Deal-era state parks in Florida. The park was constructed by the Works Progress Administration, with cypress buildings, rock gardens and fieldstone terraces.

Also see . . .
1. National Register of Historic Places Nomination #99000694. (Submitted on February 19, 2019, by Cosmos Mariner of Cape Canaveral, Florida.)
2. Ravine Gardens State Park History. A Civil Works Administration (CWA) allotment of $161,785 was made in 1933 for the proposed ravines project and work began using Federal Emergency Relief Act (FERA) workers. In November of 1933, the CWA announced that the Gardens would receive a $150,000 allotment to continue and two days later 300 men were at work on the project. In 1935, the Works Progress Administration had taken over the FERA projects. The WPA announced that $56,000 was being allocated to the garden. During 1936, the WPA allotted additional funding for 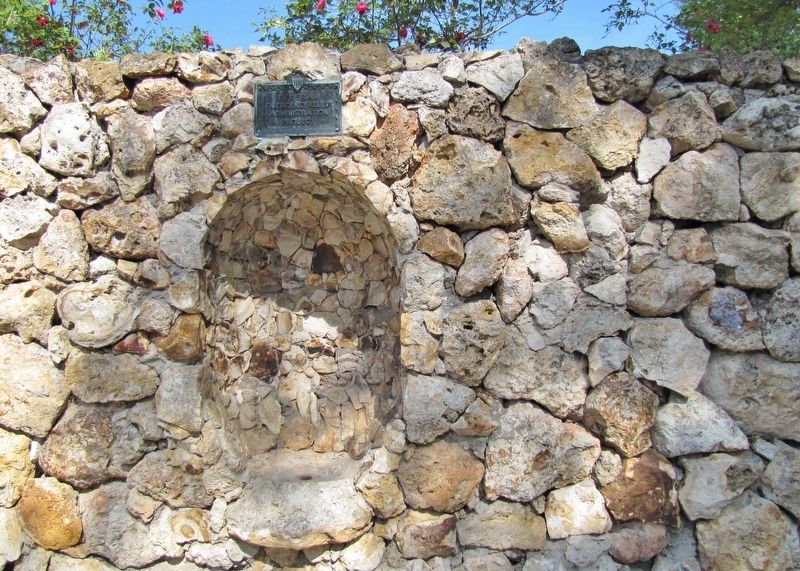 By Cosmos Mariner, March 23, 2011
3. Federal Emergency Relief Administration Project Marker (wide view; marker visible top center)
the Gardens to support a park superintendent, two foremen, and 49 laborers. World War II brought an end to the WPA, as well as an end to the construction in the Gardens. (Submitted on February 19, 2019, by Cosmos Mariner of Cape Canaveral, Florida.) 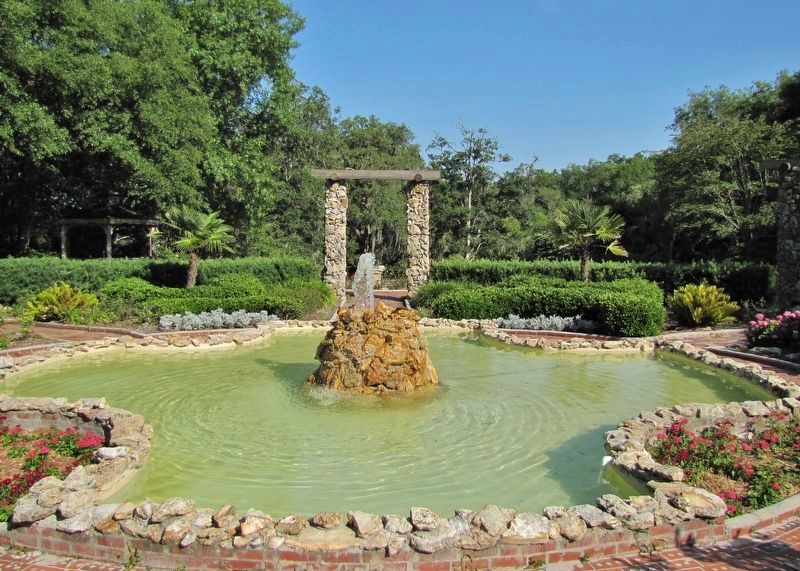 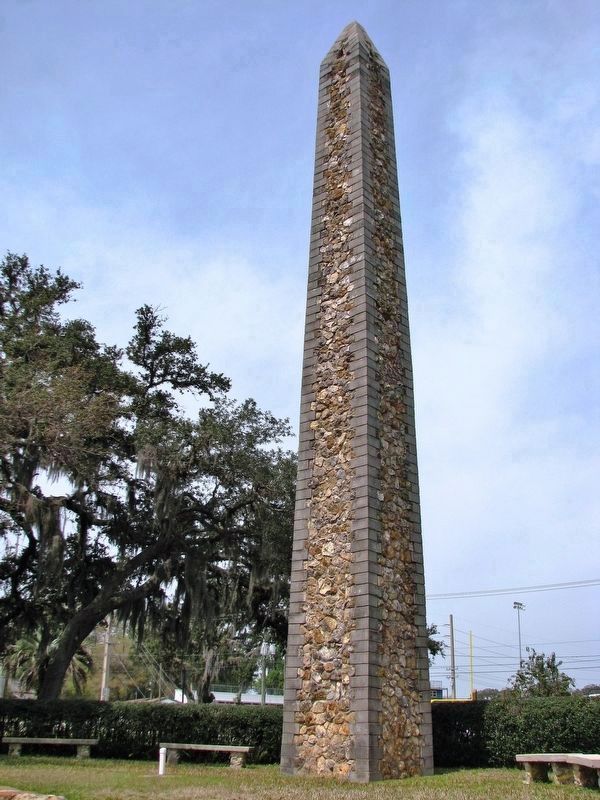 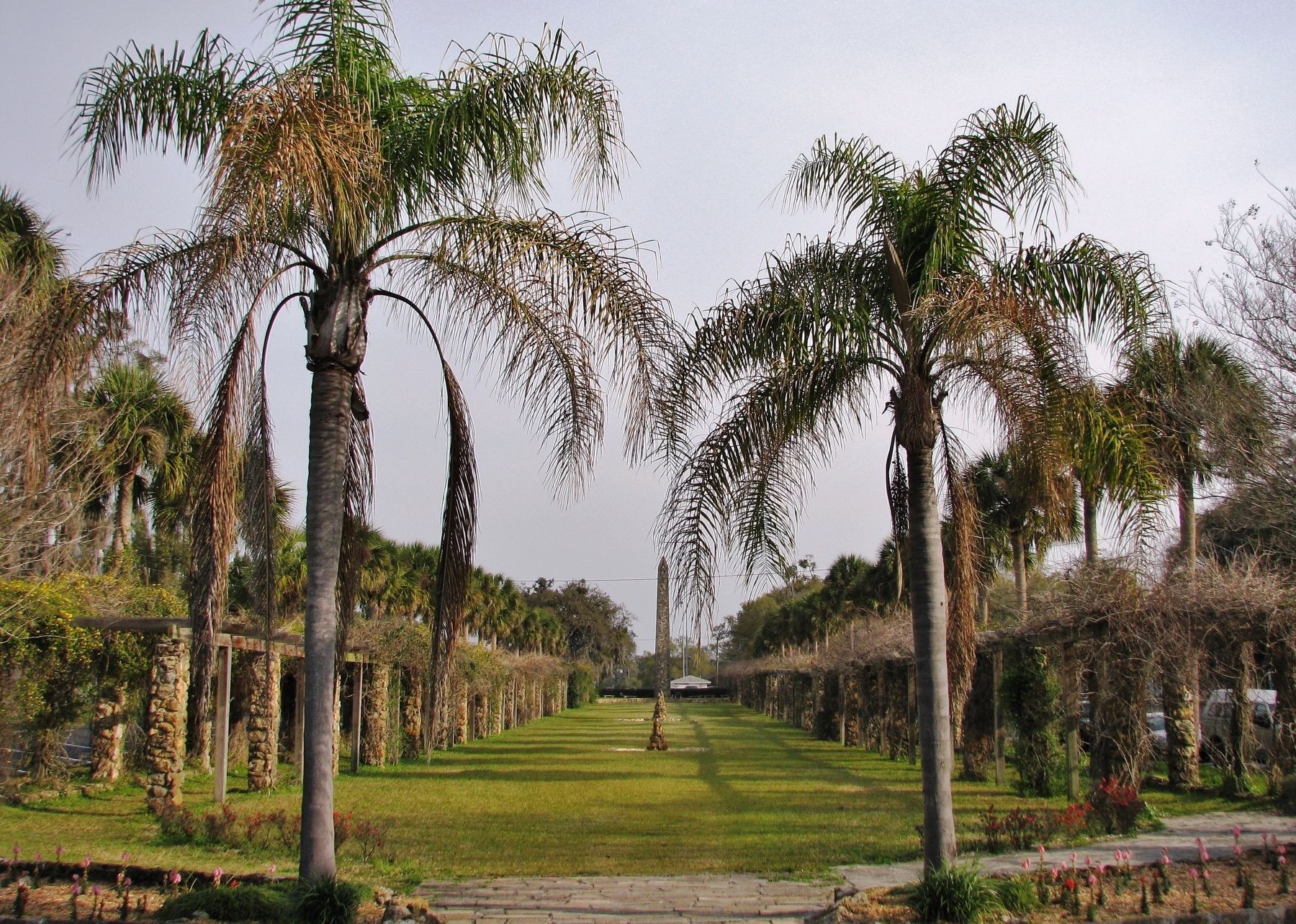