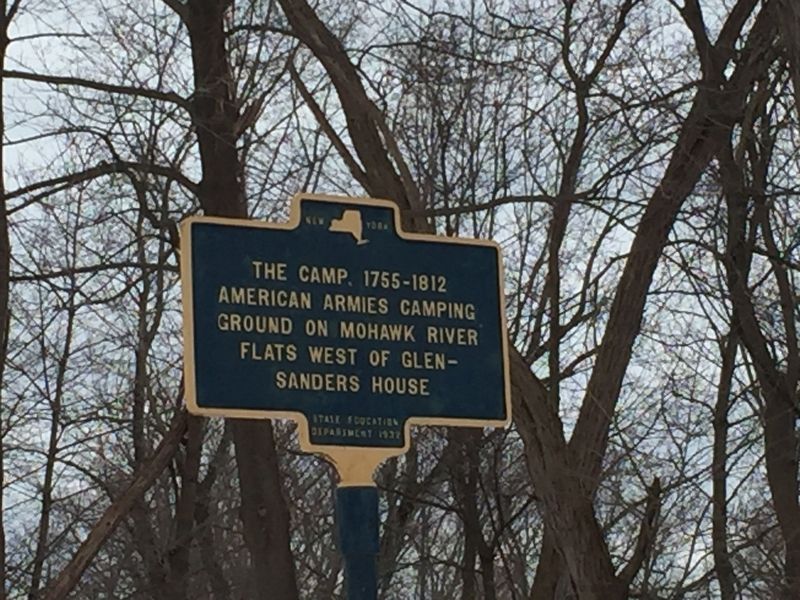 By Steve Stoessel, February 22, 2019
1. The Camp Marker
Inscription.
The Camp. American Armies’ camping ground on Mohawk River flats west of Glen-Sanders House . This historical marker was erected in 1932 by State Education Department. It is in Scotia in Schenectady County New York

Topics. This historical marker is listed in these topic lists: War, French and Indian • War, US Revolutionary.

Location. 42° 49.408′ N, 73° 57.789′ W. Marker is in Scotia, New York, in Schenectady County. Marker is at the intersection of Sanders Avenue and South Ballston Avenue, on the right when traveling east on Sanders Avenue. In the triangle formed at the intersection of Sanders, Ballston, and Riverside Avenues. Touch for map. Marker is in this post office area: Schenectady NY 12302, United States of America. Touch for directions. 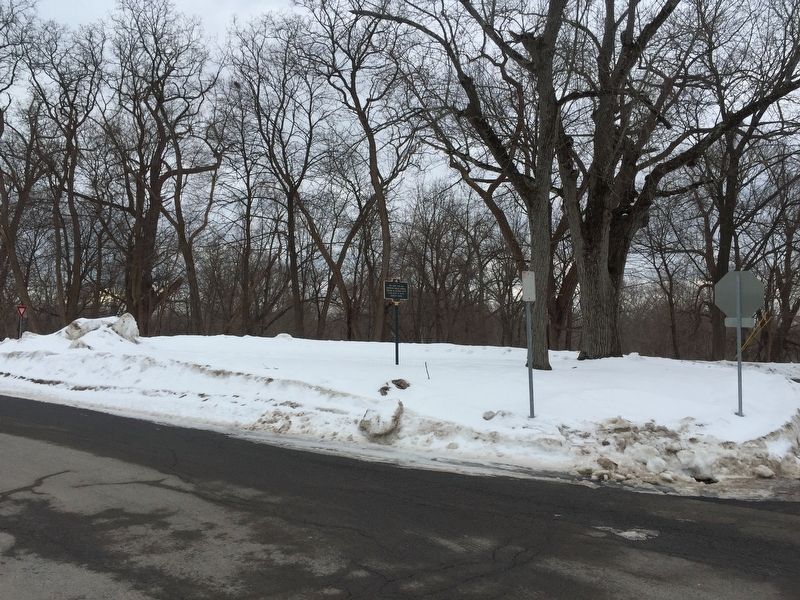 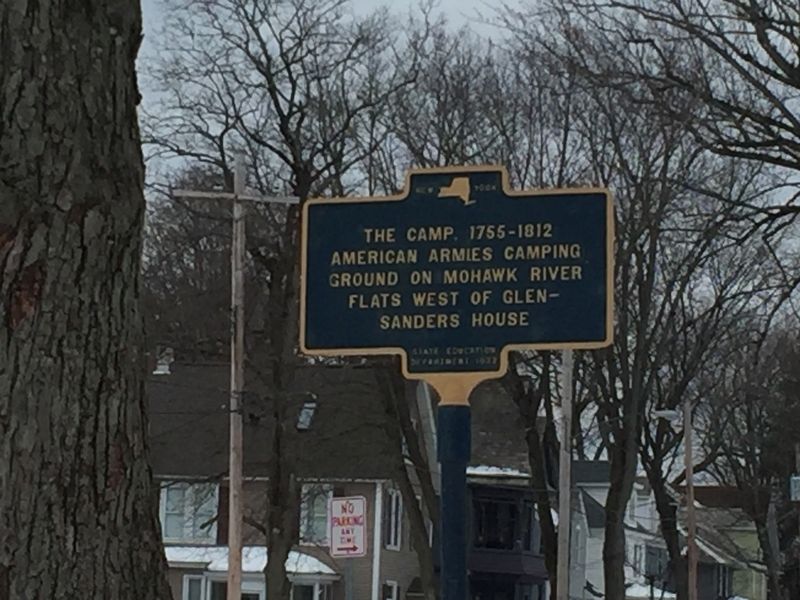 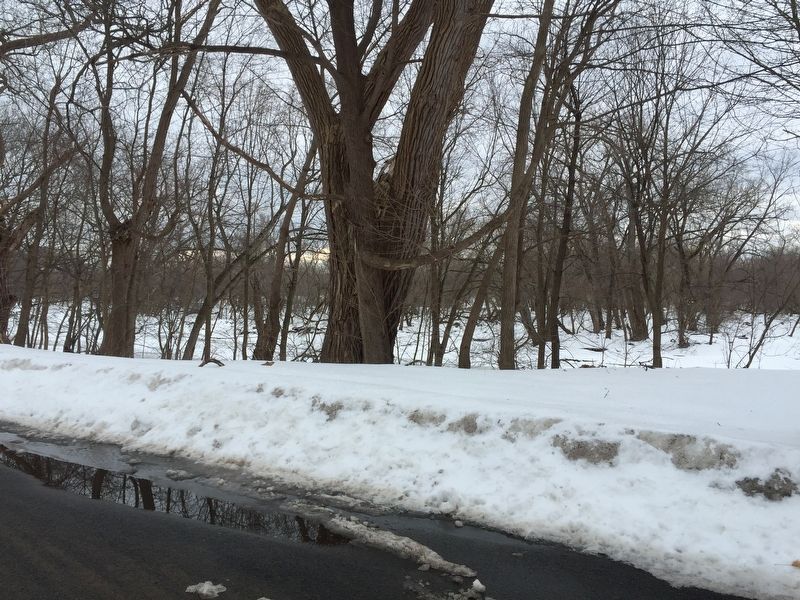