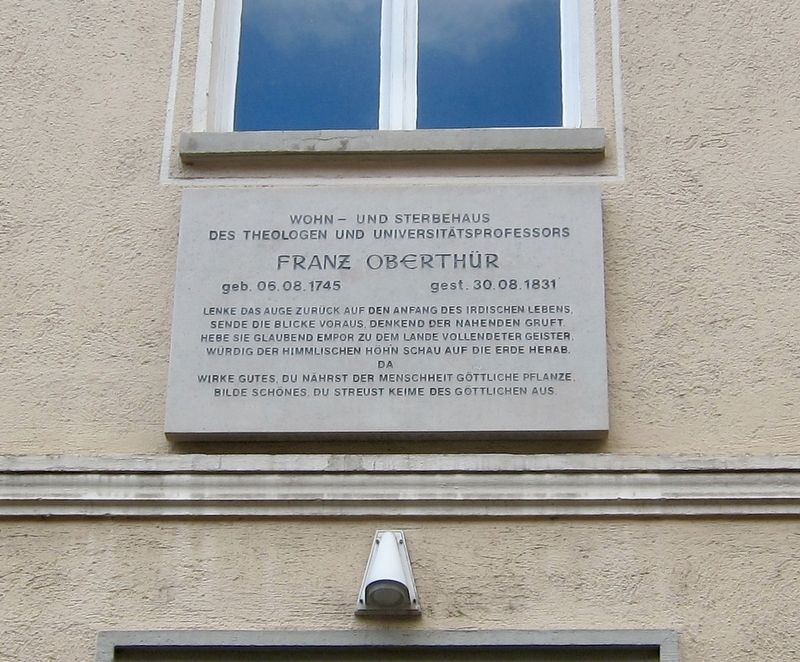 "Turn your gaze back to the beginning of earthly life. Then look ahead, thinking of the impending tomb. Look up with belief, straight to the realm of completed spirit. Worthy of heavenly hope, look down the earth. There - do good, and you will nourish humanity's divine plant; create beauty, and you will scatter the seeds of the divine."

Topics. This historical marker is listed in these topic lists: Churches & Religion 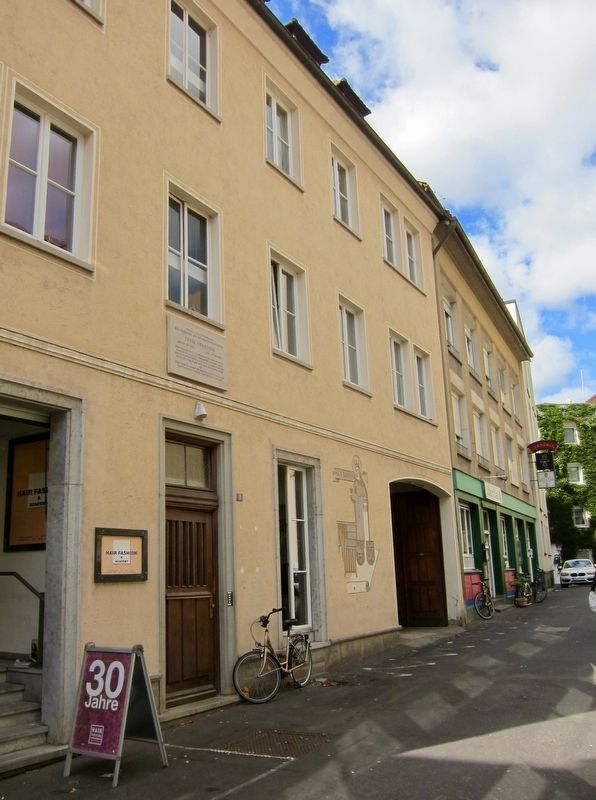 Also see . . .  Franz Oberthür (Wikipedia). "Franz Oberthür (6 August 1745, in Würzburg – 30 August 1831) was a German Roman Catholic scholar who edited an 18th-century edition of Josephus once owned by Thomas Jefferson.... In 1773 he was appointed professor of dogmatics and polemics at the University of Würzburg. He is best known for his efforts involving reform within the church and the education system. In 1806 he founded the Gesellschaft zur Vervollkommung der mechanischen Künste (Society for the Perfection of Mechanical Arts)." (Submitted on February 23, 2019.)