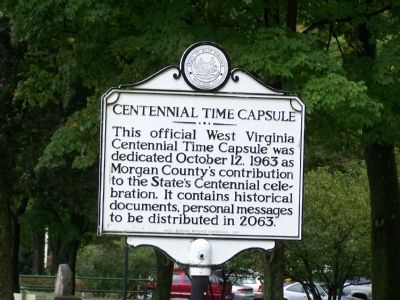 This official West Virginia Centennial Time Capsule was dedicated October 12, 1963 as Morgan County's contribution to the State's Centennial celebration. It contains historical documents, personal messages to be distributed in 2063.

Topics and series. This historical marker is listed in these topic lists: Charity & Public Work • Settlements & Settlers. In addition, it is included in the Time Capsules, and the West Virginia Archives and History series lists. A significant historical date for this entry is October 12, 1845. 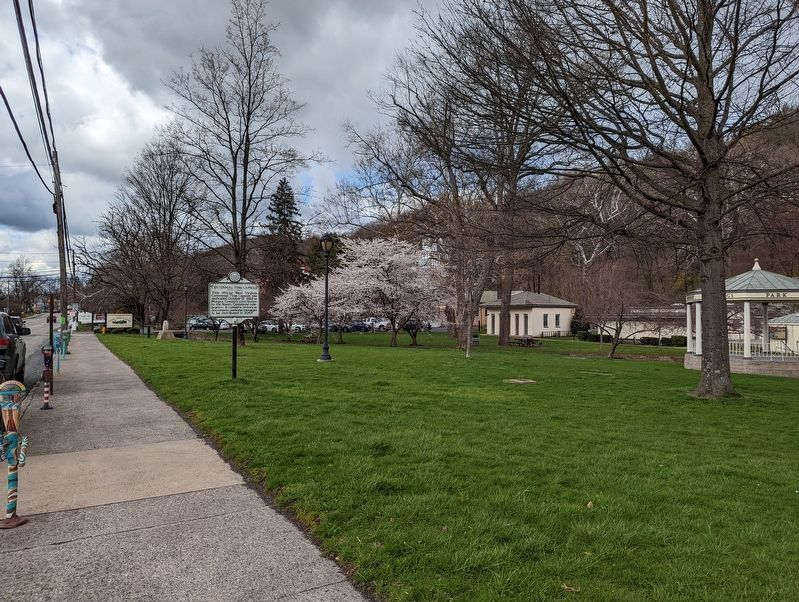 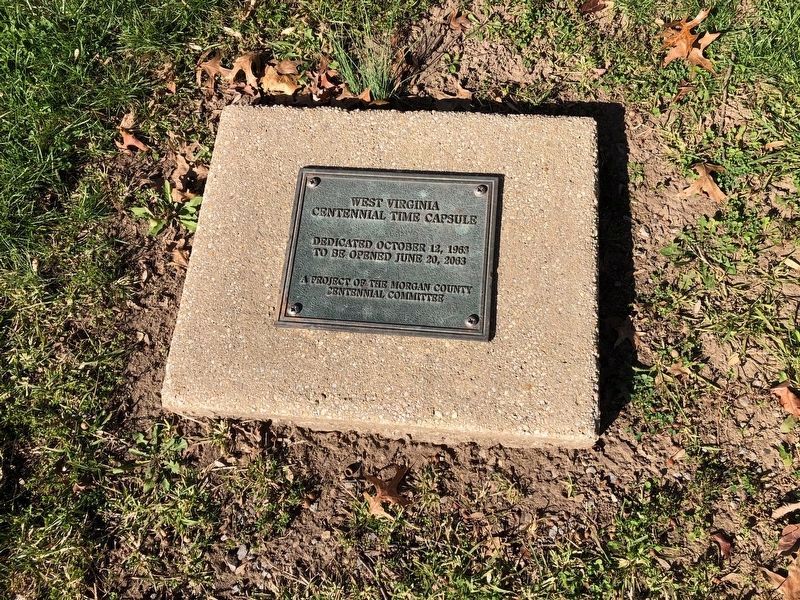