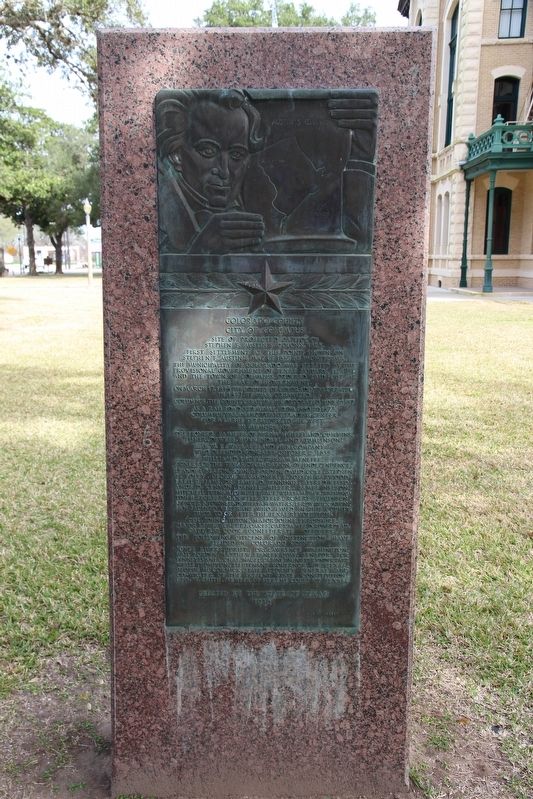 First settlement at this point shown on
Stephen F. Austin's map of 1835 as Montezuma.

The municipality of Colorado was created by the
provisional government of Texas January 11, 1836
and the town of Columbus ordered laid out as
the seat of government.

As a railroad terminal, from 1869 to 1873,
Columbus was an important trading center
for a large territory to the west. 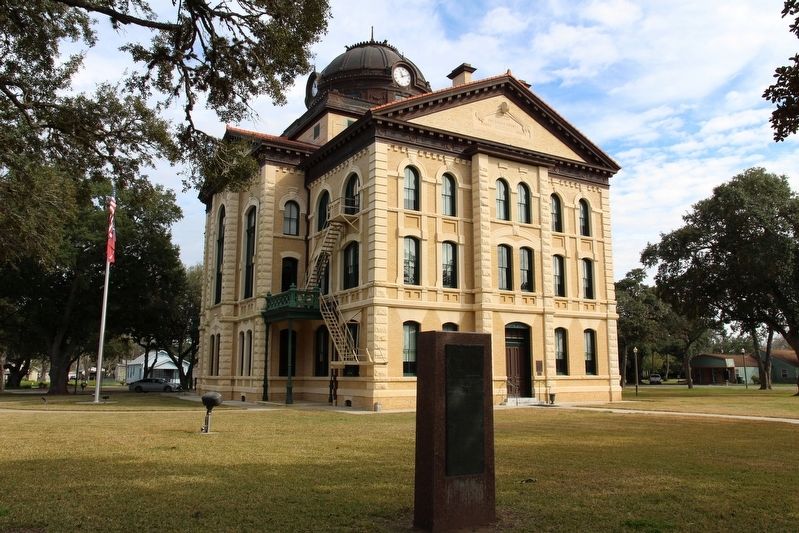 The following citizens of distinction have
resided in Colorado County

Topics and series. This historical marker is listed in this topic list: Political Subdivisions. In addition, it is included in the Former U.S. Presidents: #27 William Howard Taft, and the Texas 1936 Centennial Markers and Monuments series lists. A significant historical date for this entry is January 11, 1836.

Location. 29° 42.367′ N, 96°  32.415′ W. Marker is in Columbus, Texas, in Colorado County. Marker is on Milam Street (State Highway 52 Spur), on the right when traveling north. Marker is located on the west side of the courthouse square. Touch for map. Marker is at or near this postal address: 400 Spring Street, Columbus TX 78934, United States of America. Touch for directions.