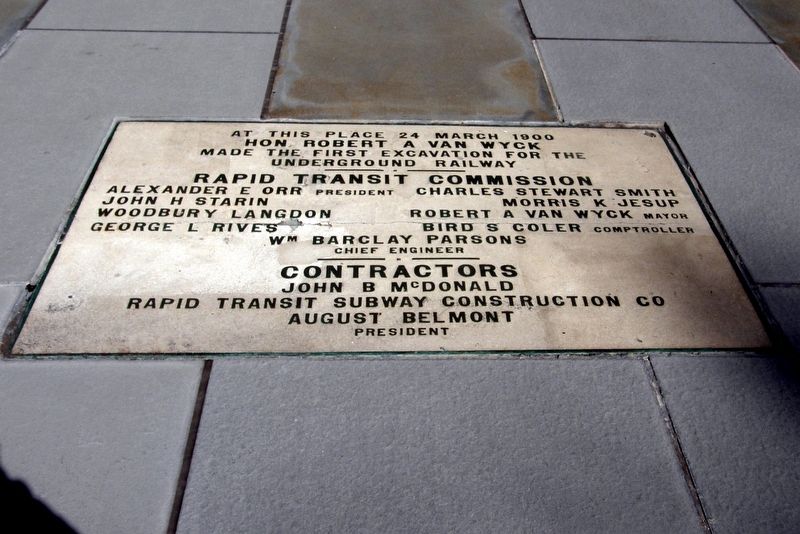 At this place 24 March 1900
Hon. Robert A. Van Wyck made the first excavation for the underground railway 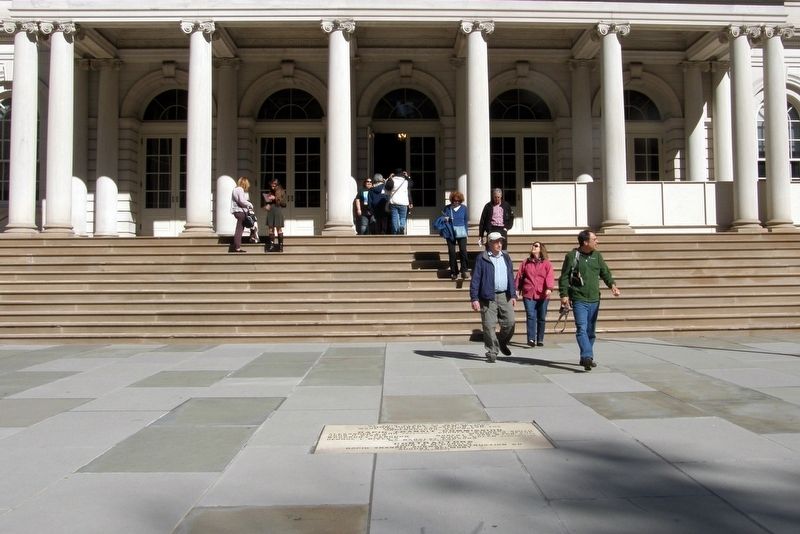 More about this marker. The marker is set into the pavement in front of the City Hall staircase. Due to post -9/11 security measures, it is viewable only during public events like Open House New York.