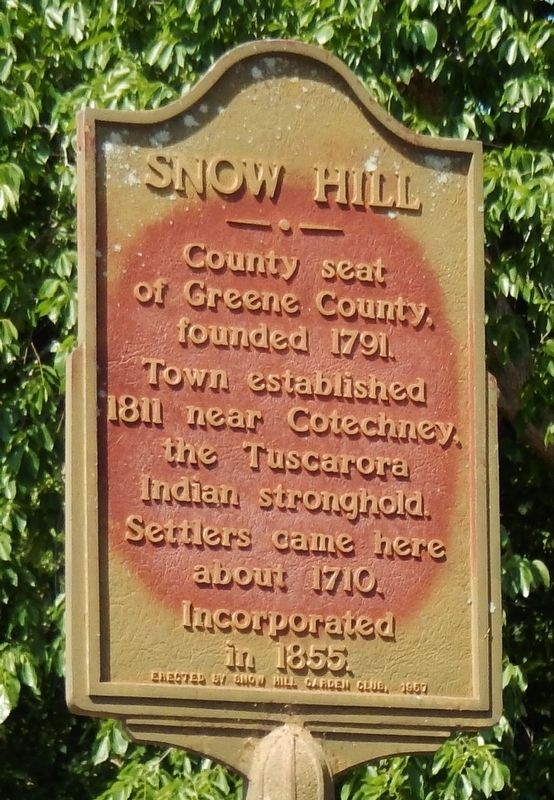 Location. 35° 27.386′ N, 77° 40.204′ W. Marker is in Snow Hill, North Carolina, in Greene County. Marker is on U.S. 258 north of Southeast 1st Street, on the right when traveling north. Marker is located on the east side of the highway at the south end of the Contentnea Creek bridge. Touch for map. Marker is in this post office area: Snow Hill NC 28580, United States of America. Touch for directions. 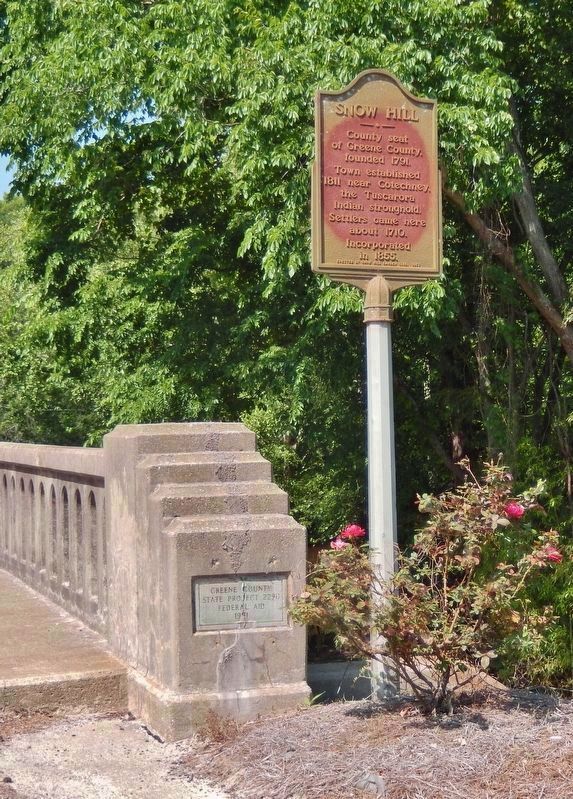 Also see . . .
1. Snow Hill. Snow Hill was near the location of the final major battle of the Tuscarora War at Fort Neoheroka in 1713. The town may have derived its name from the Contentnea Creek on whose banks Native Americans camped and called them "snowy white," likely a reference to the white sands along the creek. (Submitted on March 6, 2019, by Cosmos Mariner of Cape Canaveral, Florida.) 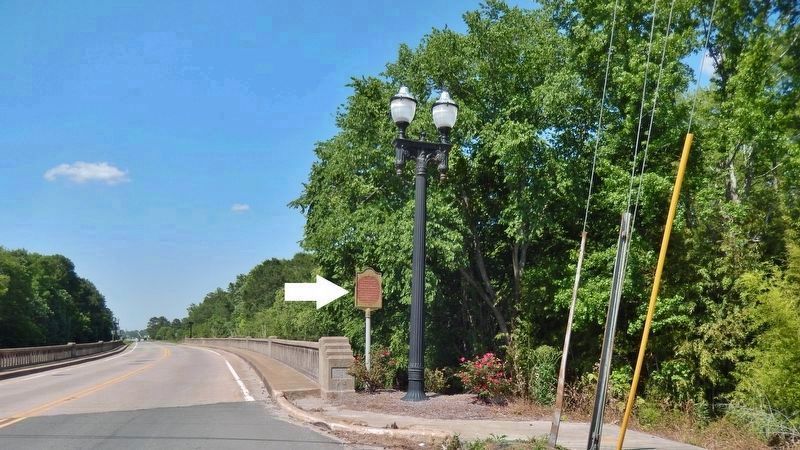 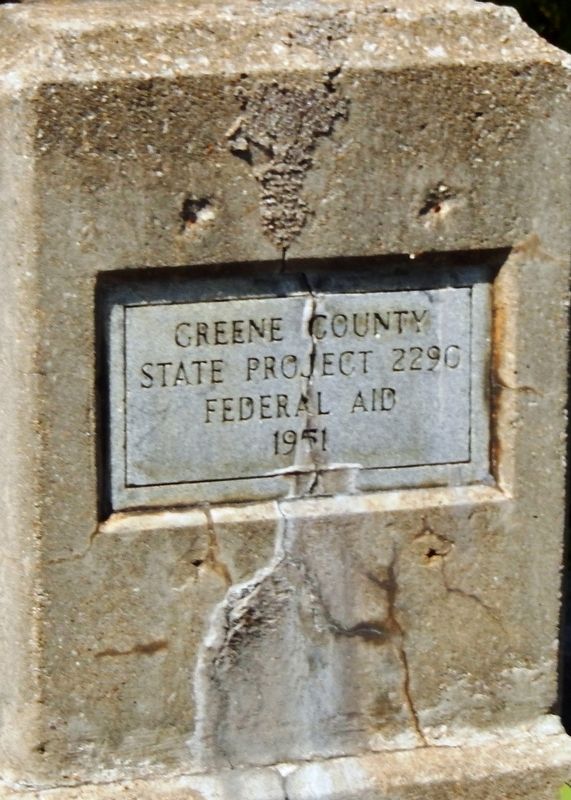