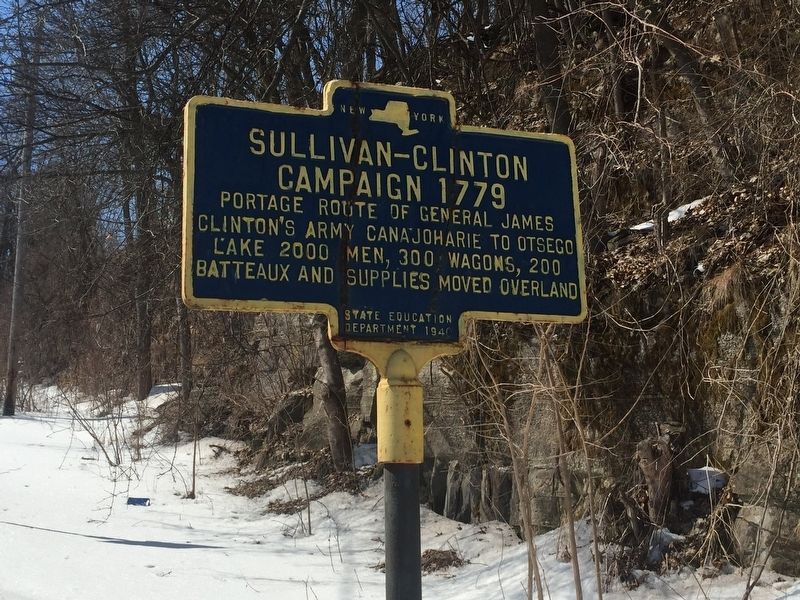 Topics. This historical marker is listed in this topic list: War, US Revolutionary. A significant historical year for this entry is 2000.

Other nearby markers. At least 8 other markers are within walking distance of this marker. Canajoharie Academy (within shouting distance of this marker); Site of Johannes Reuff's Tavern (about 500 feet away, measured in a direct line); Northeastern Terminal (about 600 feet away); Van Alstyne Homestead (about 600 feet away); Canajoharie/Canalway Trail/Pathway Through Mountains (about 700 feet away); Chester B. Hoke (approx. 0.2 miles away); Routes of the Armies (approx. 0.2 miles away); Shaper Quarry (approx. ¼ mile away). Touch for a list and map of all markers in Canajoharie.
Credits. This page was last revised on March 11, 2019. It was originally submitted on March 10, 2019, by Steve Stoessel of Niskayuna, New York. This page has been viewed 193 times since then and 42 times this year. Photo   1. submitted on March 10, 2019, by Steve Stoessel of Niskayuna, New York. • Andrew Ruppenstein was the editor who published this page.
Share this page.