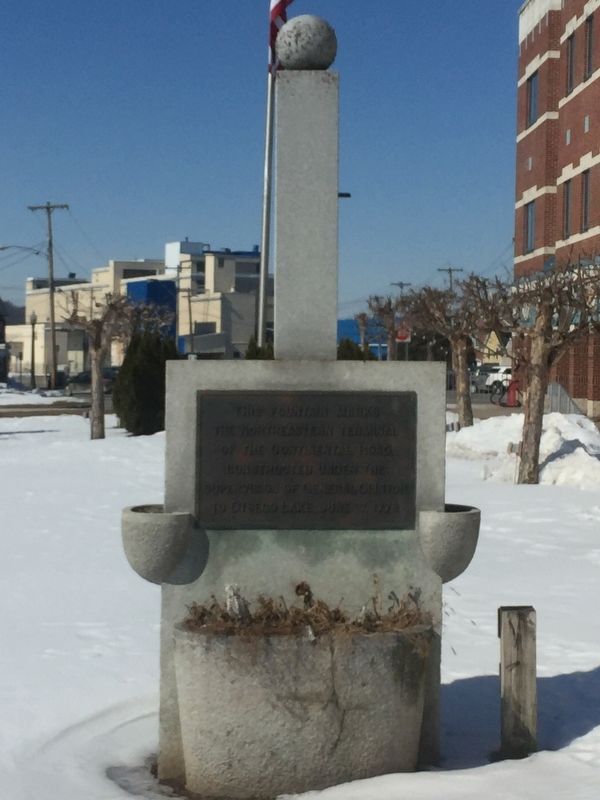 This fountain marks the northeastern terminal of the Continental Road, constructed under the supervision of General James Clinton, to Otsego Lake June 17, 1778

Topics. This historical marker is listed in these topic lists: Roads & Vehicles • War, US Revolutionary. A significant historical date for this entry is June 17, 1778.