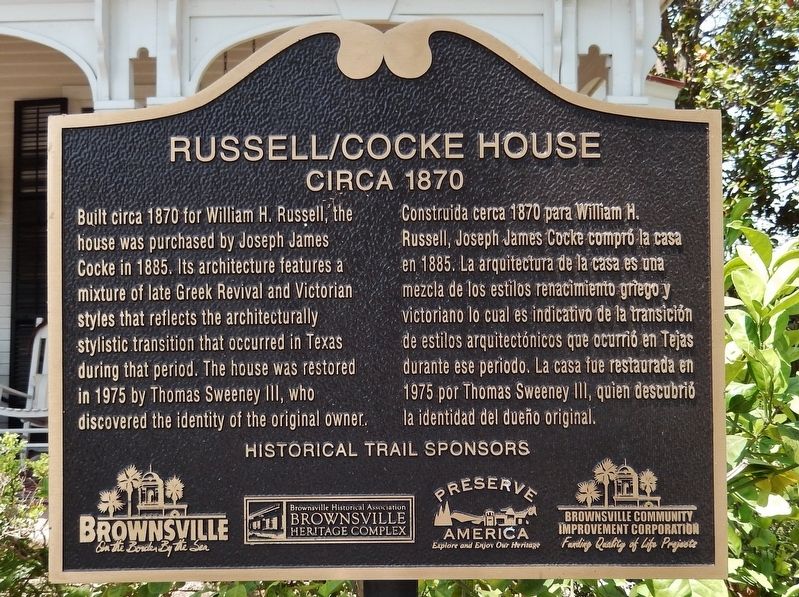 By Cosmos Mariner, May 18, 2018
1. Russell/Cocke House Marker
Inscription.
. English: . Built circa 1870 for William H. Russel, the house was purchased by Joseph James Cocke in 1885. Its architecture features a mixture of late Greek Revival and Victorian styles that reflects the architecturally stylistic transition that occurred in Texas during that period. The house was restored in 1975 by Thomas Sweeney III, who discovered the identity of the original owner. . . Spanish: . . This historical marker was erected by Brownsville Historical Association. It is in Brownsville in Cameron County Texas