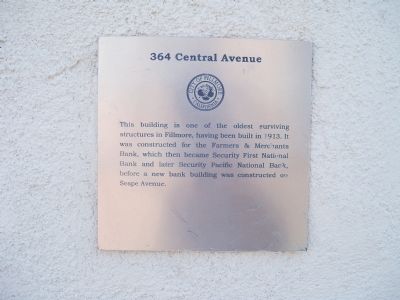 By James King, October 9, 2014
1. 364 Central Avenue Marker
Inscription.
364 Central Avenue. Farmers and Merchants Bank. This building is one of the oldest surviving structures in Fillmore, having been built in 1913. It was constructed for the Farmers and Merchants Bank, which then became Security First National Bank and later Security Pacific National Bank, before a new bank building was constructed on Sespe Avenue. . This historical marker was erected by City of Fillmore. It is in Fillmore in Ventura County California

Erected by City of Fillmore.

Topics. This historical marker is listed in this topic list: Notable Buildings. A significant historical year for this entry is 1913. 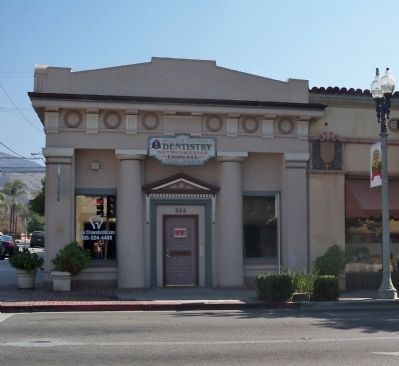