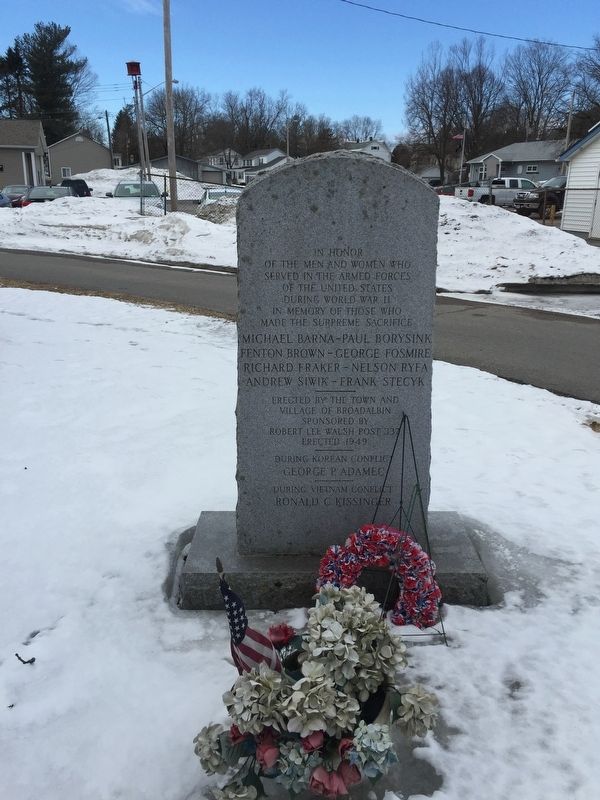 By Steve Stoessel, March 23, 2019
1. In Honor Marker
Inscription.
In Honor. . . In Honor . of the men and women who served in the armed forces of the United States during World War II . In memory of those who made the supreme sacrifice . Michael Barna – Paul Borysink . Fenton Brown – George Formire . Richard Fraker – Nelson Ryea . Andrew Siwik – Frank Stecyk . . Erected by the Town and Village of Broadalbin . Sponsored by Robert Lee Walsh Post 337 . Erected 1949 . . During Korean Conflict . George P. Adamec . . During Vietnam Conflict . Ronald C. Kissinger . This memorial was erected in 1949 by Town and Viallage of Broadalbin. It is in Broadalbin in Fulton County New York

Erected 1949 by Town and Viallage of Broadalbin.