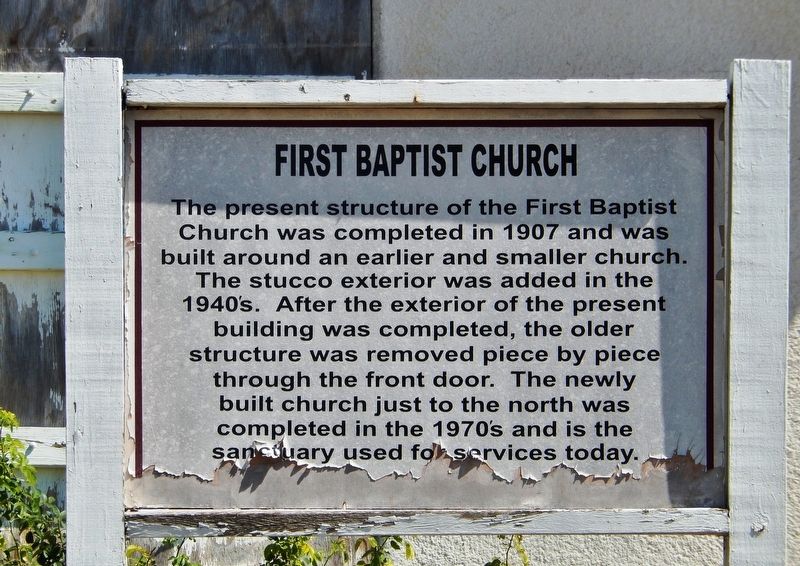 Topics. This historical marker is listed in these topic lists: Architecture • Churches & Religion. A significant historical year for this entry is 1907.

Location. 39° 23.599′ N, 99° 37.023′ W. Marker is in Nicodemus, Kansas, in Graham County. Marker is on 4th Street north of Washington Avenue, on the right when traveling north. Marker is located beside the sidewalk, directly in front of the subject building. Touch for map. Marker is in this post office area: Bogue KS 67625, United States of America. Touch for directions.

Other nearby markers. At least 8 other markers are within walking distance of this marker. We've Come This Far By Faith (a few steps from this marker); Nicodemus Baseball History (about 300 feet away, measured in a direct line); Mail From Back Home (about 400 feet away); St. Francis Hotel 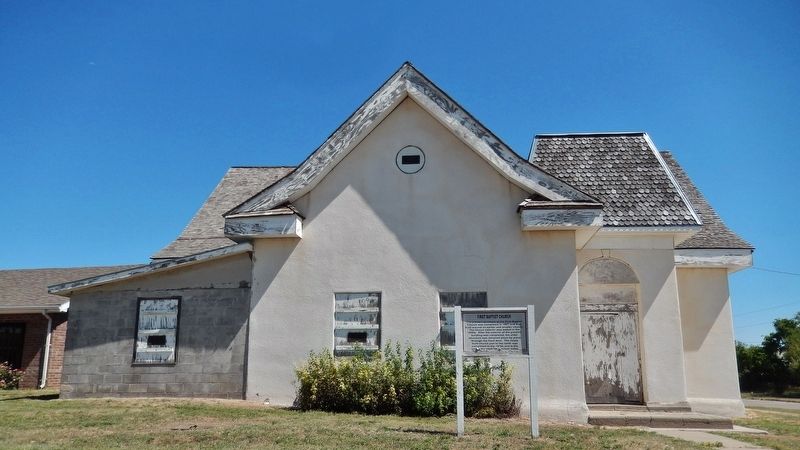 Related markers. Click here for a list of markers that are related to this marker. Nicodemus National Historic Site

Also see . . .
1. Nicodemus – A Black Pioneer Town. Despite the living conditions and their longing for the forested hills of Kentucky, Williana and her husband Reverend Daniel Hickman stayed, organizing the First Baptist Church in a dugout with a sod structure above it. By 1880, a small, one-room, stone sanctuary had been erected at the same site. This structure evolved from limestone to stucco, and in 1975, a new brick sanctuary was built. Today, the church still stands in Nicodemus. (Submitted on March 28, 2019, by Cosmos Mariner of Cape Canaveral, Florida.)

2. Nicodemus National Historic Site (Wikipedia). By the mid-1880s Nicodemus was a small, bustling town. There were two newspapers, three general stores and at least three churches. The town had a number of small hotels,

By Cosmos Mariner, September 6, 2017
3. First Baptist Church (southeast corner/back view; new 1970's sanctuary on right)
an ice cream parlor, bank, livery and a number of homes. To ensure growth the town needed the railroad. The residents of Nicodemus made several attempts to reach out to various railroad companies in an attempt to attract a rail line to Nicodemus, but it was all to no avail. The railroad passed to the south. (Submitted on March 28, 2019, by Cosmos Mariner of Cape Canaveral, Florida.) 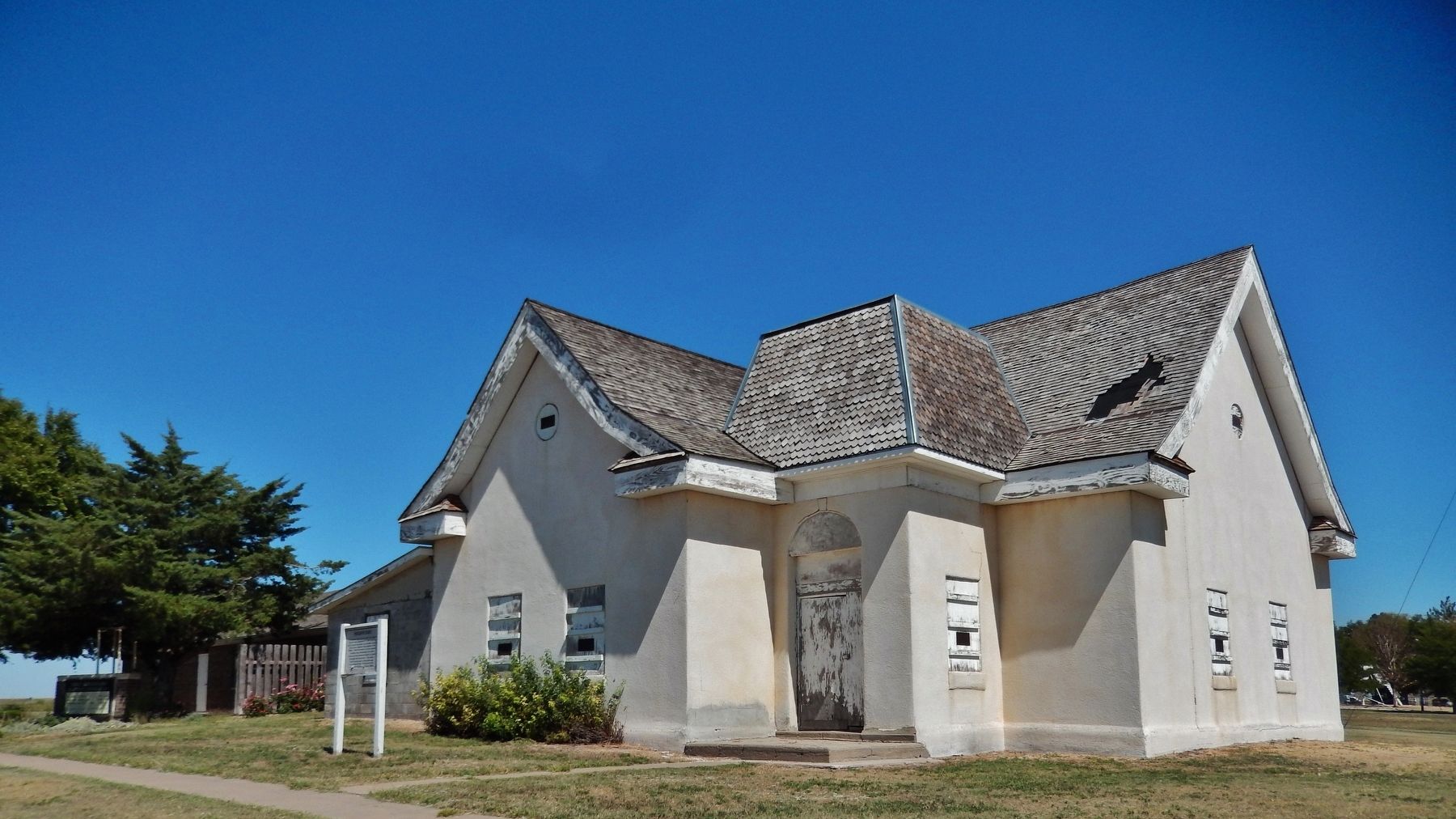