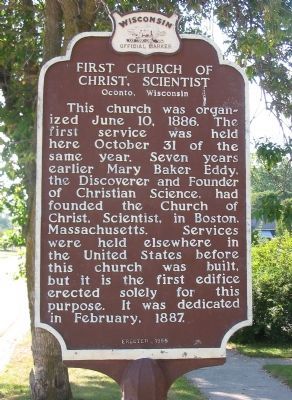 This church was organized June 10, 1886. The first service was held here October 31 of the same year. Seven years earlier Mary Baker Eddy, the Discoverer and Founder of Christian Science, had founded the Church of Christ, Scientist, in Boston, Massachusetts. Services were held elsewhere in the United States before this church was built, but it is the first edifice erected solely for this purpose. It was dedicated in February, 1887.

Topics and series. This historical marker is listed in this topic list: Churches & Religion. In addition, it is included in the Wisconsin Historical Society series list. A significant historical month for this entry is February 1887.

Other nearby markers. At least 8 other markers are within one 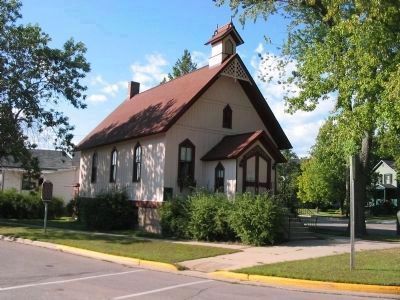 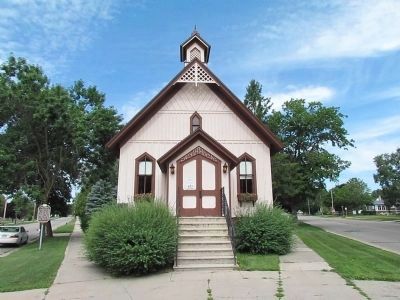 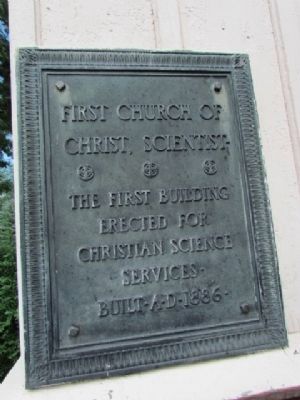 Photographed By Bob (peach) Weber, July 7, 2012
4. Secondary Marker on side of church 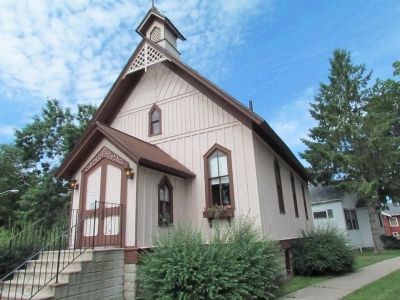 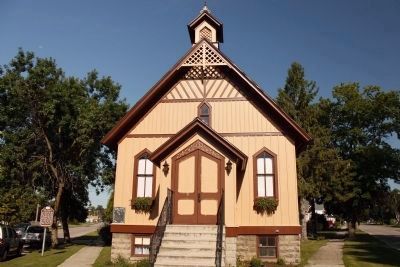