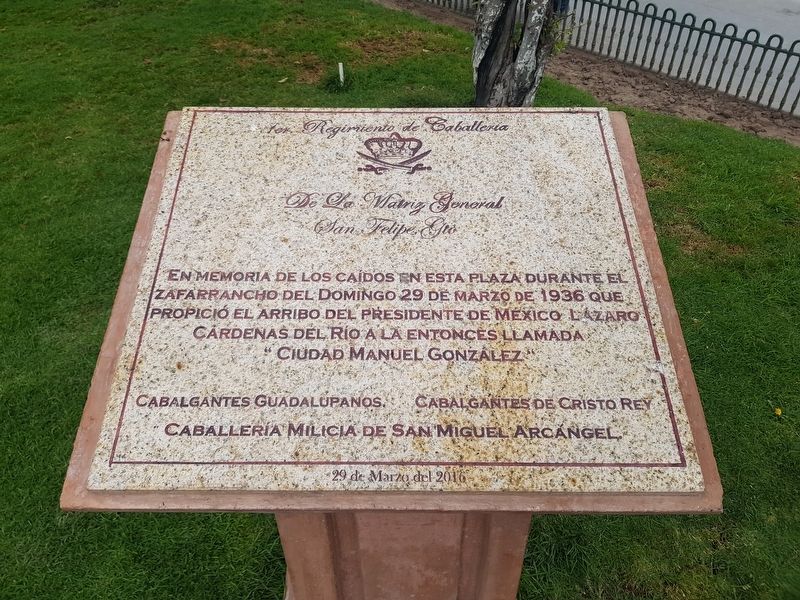 Photographed By J. Makali Bruton, March 18, 2019
1. 1936 San Felipe Massacre Marker
Inscription.
English translation: , 1st Cavalry Regiment of the General Matrix in San Felipe, Guanajuato , In memory of those fallen in this square in the violence of Sunday, March 29, 1936 which led to the arrival of the President of Mexico Lázaro Cárdenas del Río to what was then known as , "Ciudad Manuel González" , Guadalupan Horsemen ∙ Horsemen of Christ the King ∙ Cavalry Militia of San Miguel Arcángel , March 29, 2016 . This historical marker was erected in 2016. It is in San Felipe Guanajuato Mexico