The A. B. Graham Building 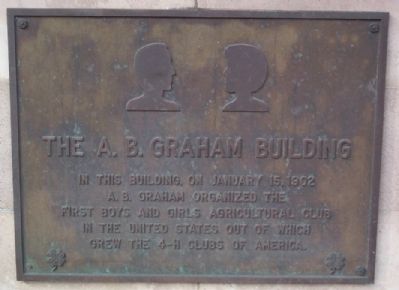 In this building, on January 15, 1902, A. B. Graham organized the first boys and girls agricultural club in the United States out of which grew the 4-H Clubs of America.

Topics and series. This historical marker is listed in these topic lists: Agriculture • Education. In addition, it is included in the 4-H Youth Program series list. A significant historical month for this entry is January 1812. 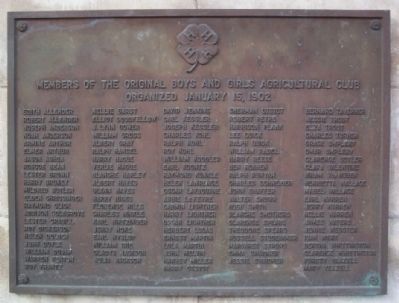 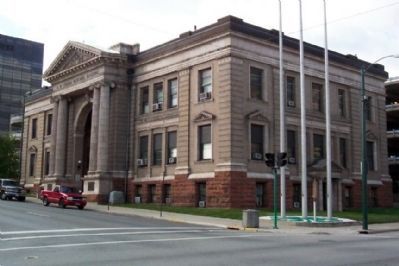 Photographed By William Fischer, Jr., October 28, 2008
3. The A. B. Graham Building
Markers are on both sides of entrance. The building is the former Clark County Courthouse in Springfield, OH. 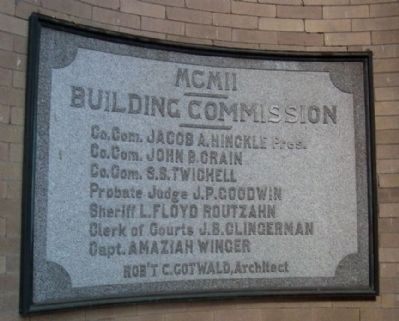