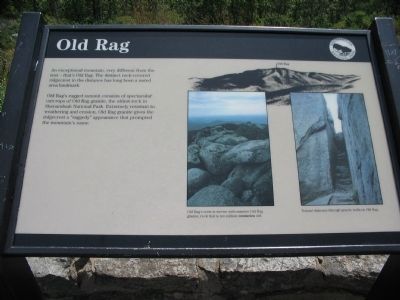 An exceptional mountain, very different from the rest - that's Old Rag. The distinct rock-covered ridgecrest in the distance has long been a noted area landmark.

Location. 38° 37.348′ N, 78° 19.381′ W. Marker is near Sperryville, Virginia, in Rappahannock County. Marker is on Skyline Drive, on the left when traveling south. Located at the Pinnacles Overlook in Shenandoah National Park. Touch for map. Marker is in this post office area: Sperryville VA 22740, United States of America. Touch for directions.

Other nearby markers. At least 8 other markers are within 3 miles of this marker, measured as the crow flies. If These Walls Could Talk (approx. 0.9 miles away); Civilian Conservation Corps (approx. 1.1 miles away); Marys Rock Tunnel 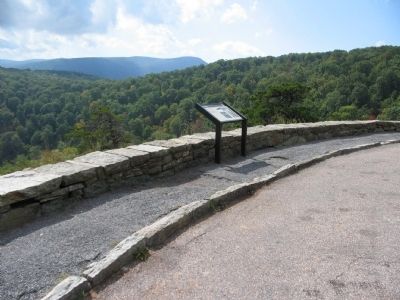 More about this marker. On the right side of the marker is a profile of the mountain indicating the summit. A Photo below and to the left of the profile shows Old Rag's crest is strewn with massive Old Rag granite, rock that is ten million centuries old. To the lower right is a photo of a Natural staircase through granite walls on Old Rag. 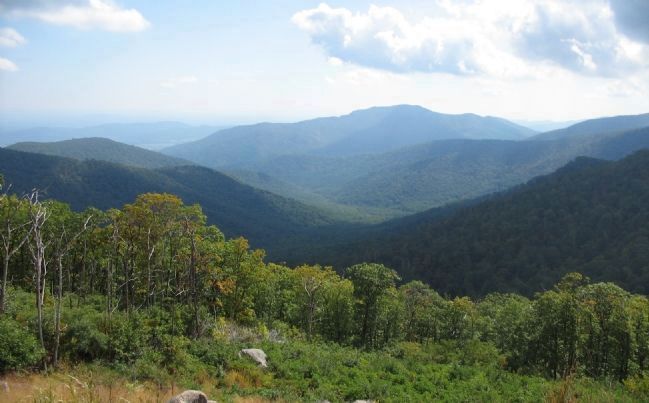 By Craig Swain, October 4, 2008
3. Old Rag and Surrounding Area
Looking southeast toward Old Rag. The valley below is drained by Hannah Run. To the left are Catlett Mountain, Hot Mountain, and Short Mountain. On the right is part of Corbin Mountain. The highest peak, in the far distant center, is Old Rag. The straight line distance from the overlook to Old Rag is about five miles. 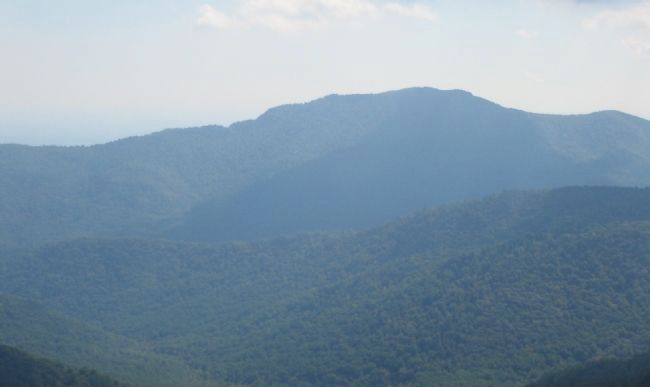