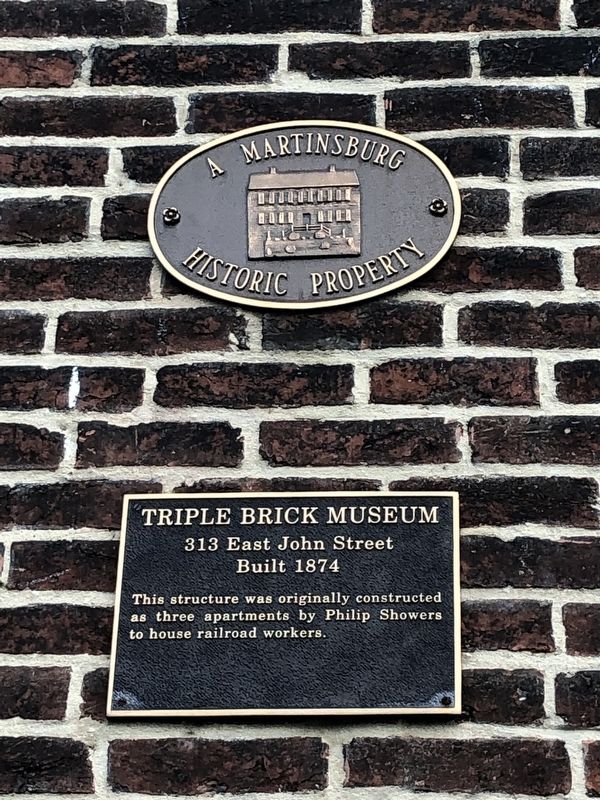 This structure was originally constructed as three apartments by Philip Showers to house railroad workers.

Topics and series. This historical marker is listed in these topic lists: Industry & Commerce • Railroads & Streetcars. In addition, it is included in the West Virginia, Martinsburg Historic Properties series list. A significant historical year for this entry is 1874.

Location. 39° 27.276′ N, 77° 57.601′ W. Marker is in Martinsburg, West Virginia, in Berkeley County. Marker can be reached from East John Street east of South Water Street, on the right when traveling west. Touch for map. Marker is at or near this postal address: 313 East John Street, Martinsburg WV 25401, United States of America. Touch for directions. 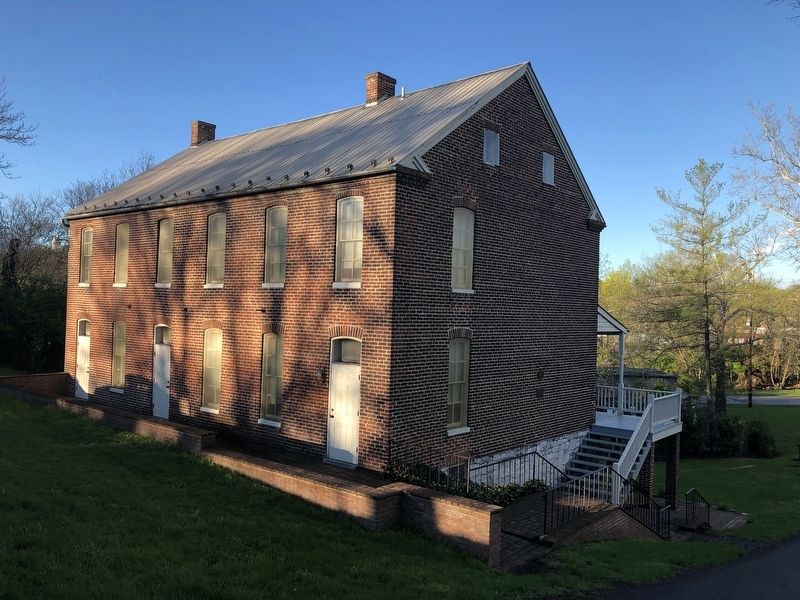