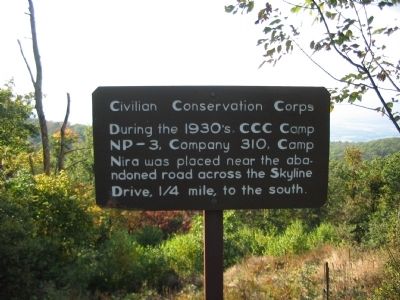 Topics and series. This historical marker is listed in this topic list: Charity & Public Work. In addition, it is included in the Civilian Conservation Corps (CCC) series list.

Location. 38° 23.827′ N, 78° 30.472′ W. Marker is near Elkton, Virginia, in Rockingham County. Marker is on Skyline Drive, on the left when traveling south. Located at the Baldface Mountain Overlook in Shenandoah National Park. Touch for map. Marker is in this post office area: Elkton VA 22827, United States of America. Touch for directions. 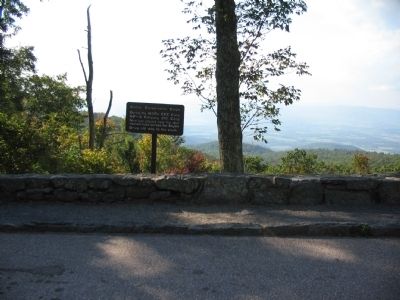 Photographed By Craig Swain, October 4, 2008
2. Baldface Mountain Overlook
Elkton can be seen in the background. 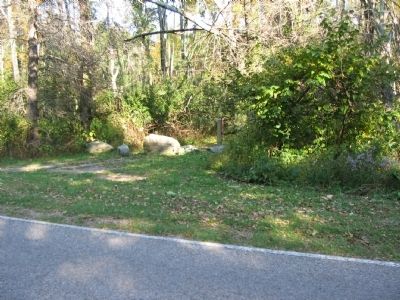 Photographed By Craig Swain, October 4, 2008
3. Part of the Abandoned Road near the Site of the Camp 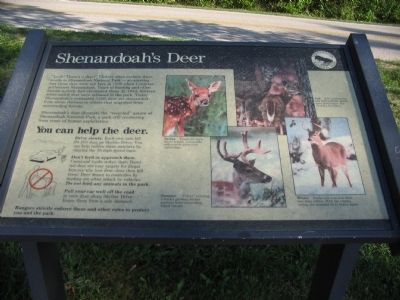