The Store of Ephraim Kimball 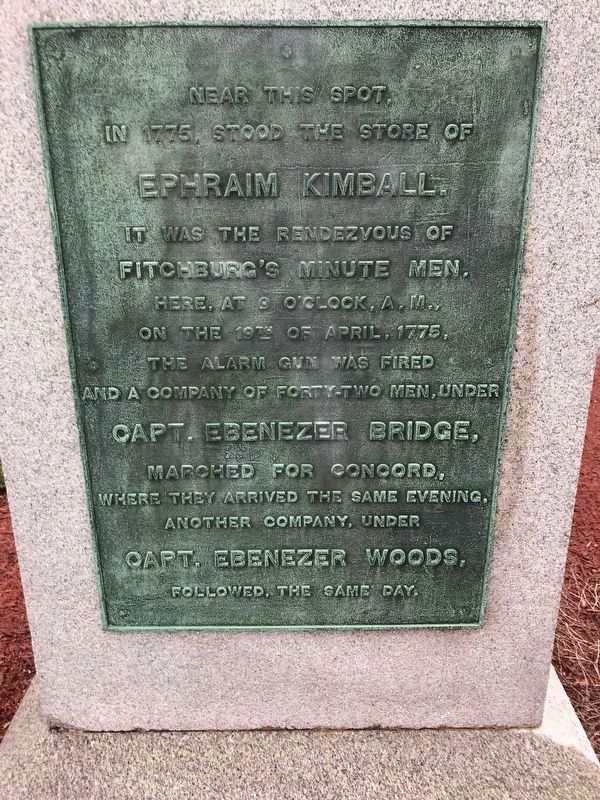 Photographed By Darren Brosseau, April 20, 2019
1. Ephraim Kimball’s Store Monument
This was originally known as the Laurel Street Monument. Without having been moved more than a few yards, it is no longer on Laurel Street.
Inscription.
The Store of Ephraim Kimball. . Near this spot, in 1775, stood the store of Ephraim Kimball. Here at 9 o’clock A.M., on the 19th of April, 1775, the alarm gun was fired a company of forty-two men, under Capt. Ebenezer Bridge, marched for Concord, where they arrived the same evening. Another company under Capt. Ebenezer Woods, followed the same day. . This historical marker was erected in 1893 by City of Fitchburg. It is in Fitchburg in Worcester County Massachusetts

Erected 1893 by City of Fitchburg.

Topics. This historical marker is listed in this topic list: War, US Revolutionary. A significant historical date for this entry is April 19, 1775.

Location. 42° 34.883′ N, 71° 47.87′ W. Marker is in Fitchburg, Massachusetts, in Worcester County. Marker is on Cushing Street just south of Boulder Street, in the median. It is located at entrance to Riverfront Park at the foot of Cushing Street, in the center of the turnaround. Google Maps shows it to be on Commercial Street, but the street is not signed as such there. Touch for map. Marker is in this post office area: Fitchburg MA 01420, United States of America. Touch for directions. 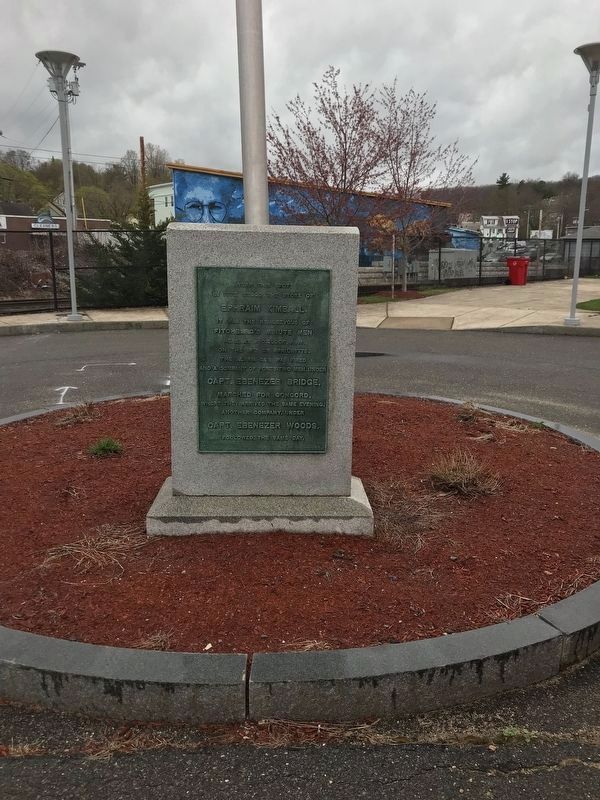