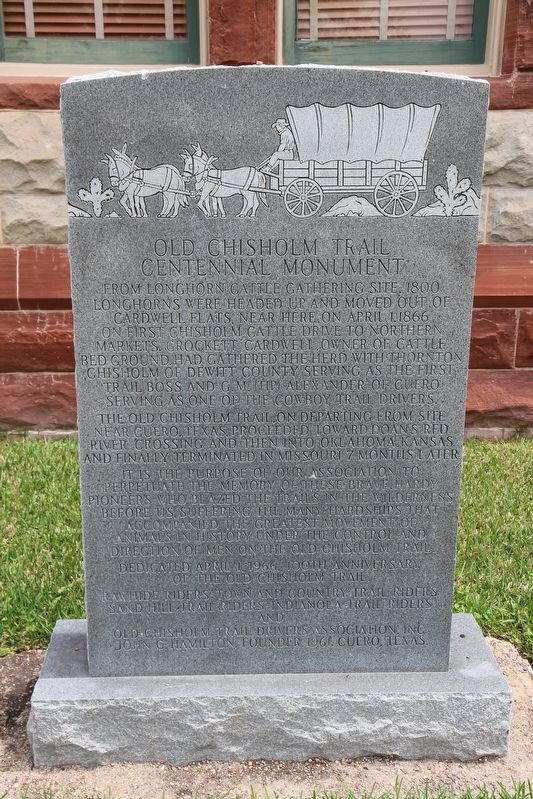 From Longhorn cattle gathering site, 1800 Longhorns were headed up and moved out of Cardwell Flats near here on April 1, 1866 on first Chisholm cattle drive to northern markets. Crockett Cardwell, owner of cattle bedground had gathered the herd with Thornton Chisholm of DeWitt County serving as Trail Boss and G. M. (Tip) Alexander of Cuero serving as one of the cowboy trail drivers.

The Old Chisholm Trail on departing from site near Cuero, Texas proceeded toward Doan's Red River crossing and then into Oklahoma, Kansas and finally terminated in Missouri 7 months later.

It is the purpose of our association to perpetuate the memory of these brave hardy pioneers who blazed the trails in the wilderness before us, suffering the many hardships that accompanied the greatest movement of animals in history under the control and direction of men on the Old Chisholm Trail. 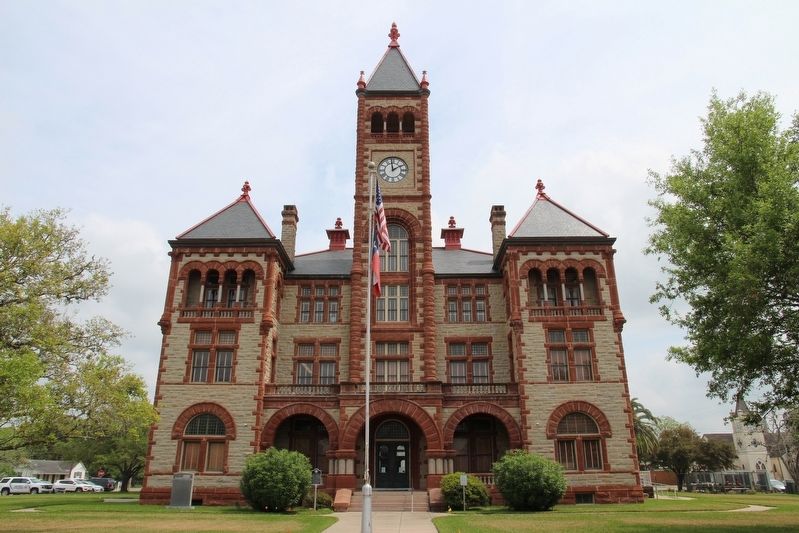 Click or scan to see
this page online
1961, Cuero, Texas

Topics. This historical marker and monument is listed in these topic lists: Animals • Roads & Vehicles. A significant historical date for this entry is April 1, 1866.