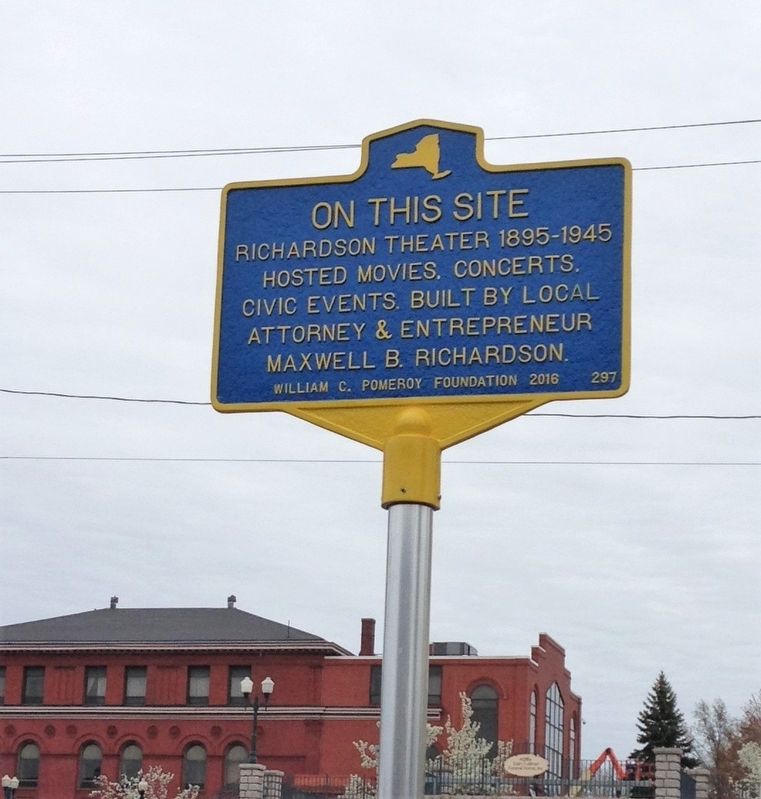 May 2, 2017
1. On This Site Marker
Inscription.
On This Site. . Richardson Theater 1895-1945 hosted movies, concerts, civic events. Built by local attorney and entrepreneur Maxwell B. Richardson. . This historical marker was erected in 2016 by William G. Pomeroy Foundation. It is in Oswego in Oswego County New York

Topics and series. This historical marker is listed in this topic list: Entertainment. In addition, it is included in the William G. Pomeroy Foundation series list.

Editor’s want-list for this marker. Photo of marker within its surroundings • Can you help?
Share this page.