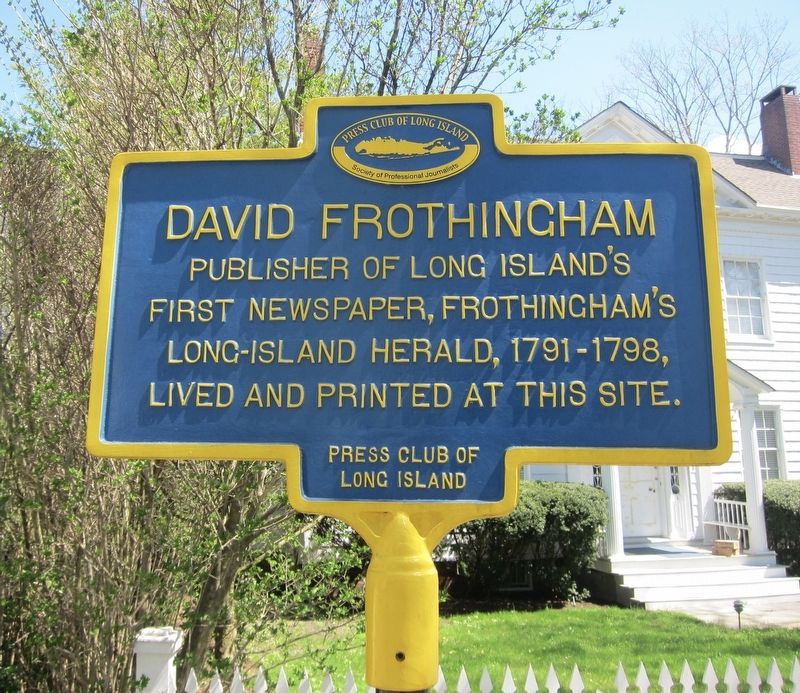 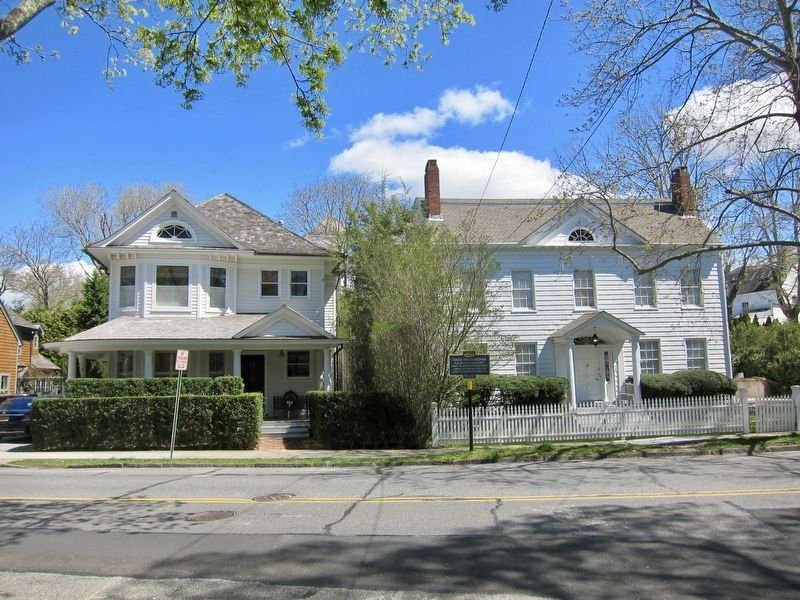 Click or scan to see
this page online
. "David Frothingham published Frothingham’s Long-Island Herald from 1791 to 1796 and his wife, Nancy Pell, who was from a prominent Westchester family, ran it until 1802, after he ran afoul of then-Treasury Secretary Alexander Hamilton. According to the Sag Harbor Historical Society, Mr. Hamilton had accused Mr. Frothingham of slander based on an article not published in the Herald but rather in a Brooklyn newspaper, the Argus. He was found guilty and fined $100, and a bond of $2,500 was set by the court to ensure he would not publish anything libelous ever again. However, Mr. Frothingham could not pay the bond and became a seaman to earn the money, and it is said no one truly knows how he perished." (Submitted on April 29, 2019.)
Credits. This page was last revised on April 29, 2019. It was originally submitted on April 29, 2019, by Andrew Ruppenstein of Sacramento, California. This page has been viewed 111 times since then and 24 times this year. Photos:   1, 2. submitted on April 29, 2019, by Andrew Ruppenstein of Sacramento, California.
Share this page.