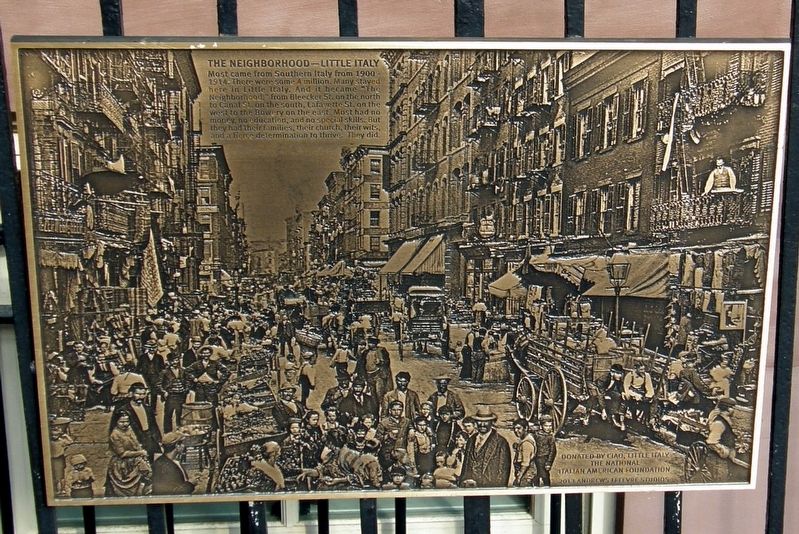 Most came from Southern Italy from 1900-1914. There were some 4 million. Many stayed here in Little Italy. And it became “The Neighborhood,” from Bleeker St. on the north to Canal St. on the south, Lafayette St. on the west to the Bowery on the east. Most had no money, no education, and no special skills. But they had their families, their church, their wits, and a fierce determination to thrive. They did.

Other nearby markers. At least 8 other markers are within walking distance of this marker. Play Street - Little Italy (here, next to this marker); “I Absolve You” (a few steps from this marker); St. John N. Neumann 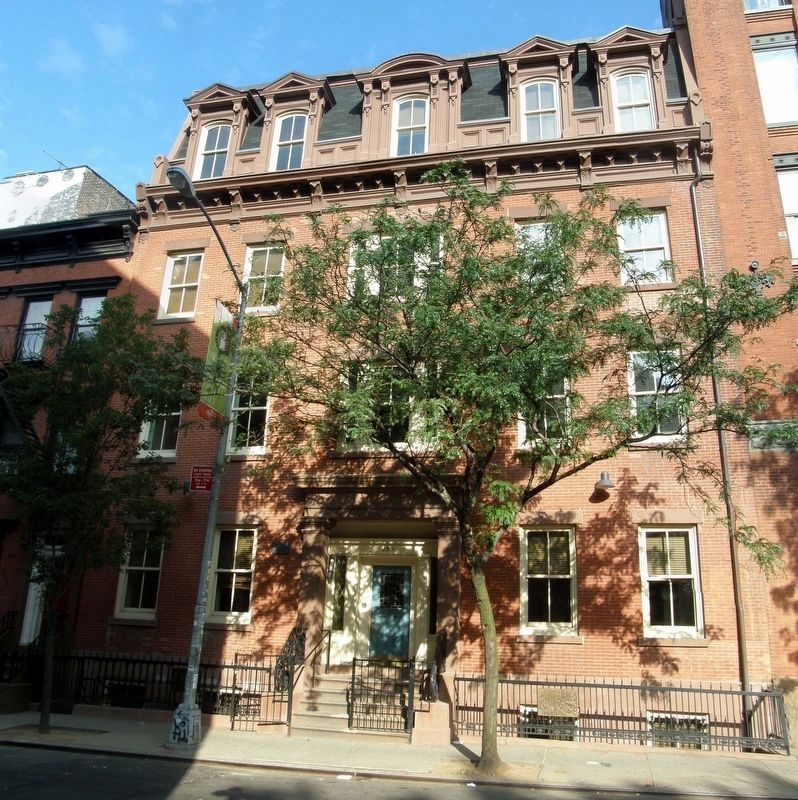 Photographed By Larry Gertner, July 25, 2016
2. The Old St. Patrick's Cathedral rectory at 263 Mulberry Street.
The marker is visible near the tree on the right.

More about this marker. The marker is at the Old St. Patrick's rectory. 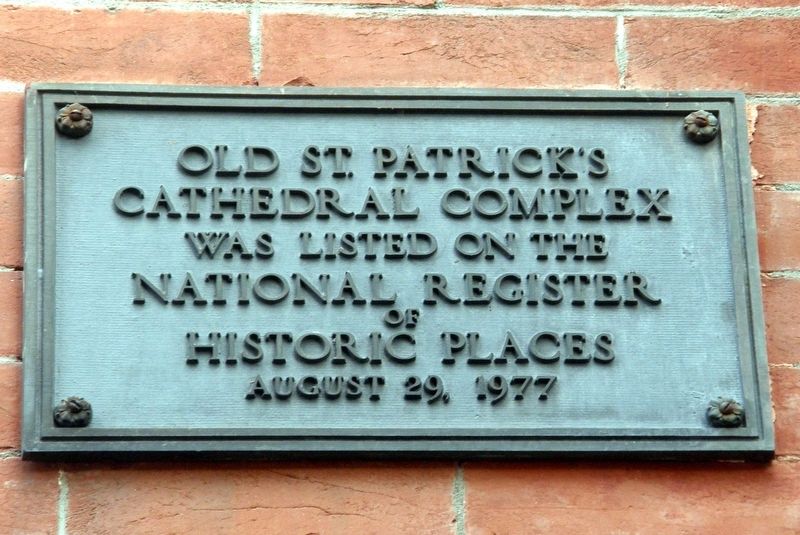