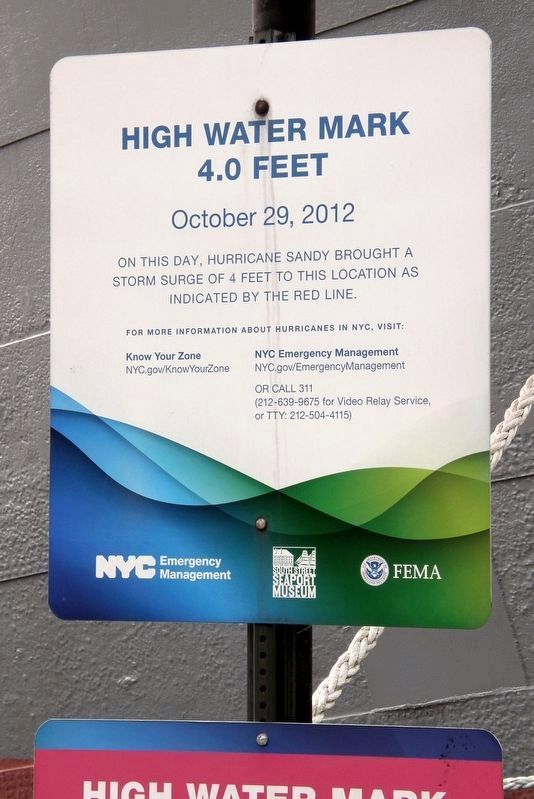 On this day, Hurricane Sandy brought a storm surge of 4 feet to this location indicated by the red line.

Topics. This historical marker is listed in these topic lists: Disasters • Waterways & Vessels. 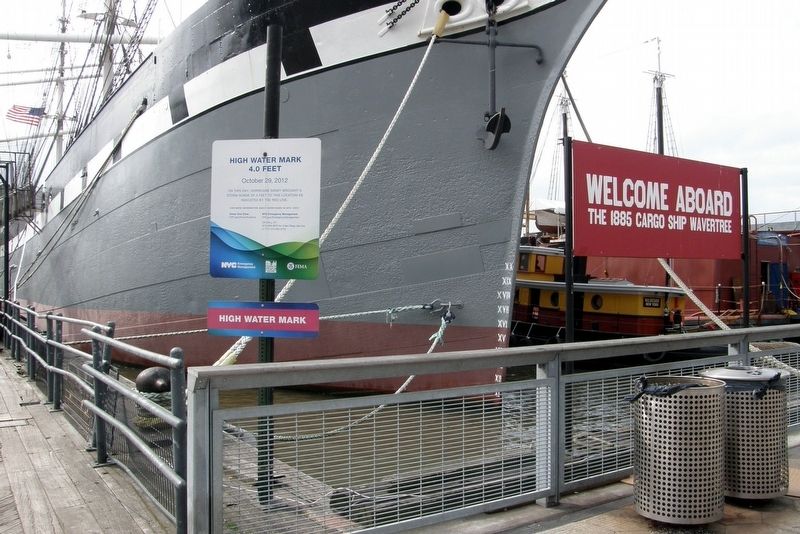