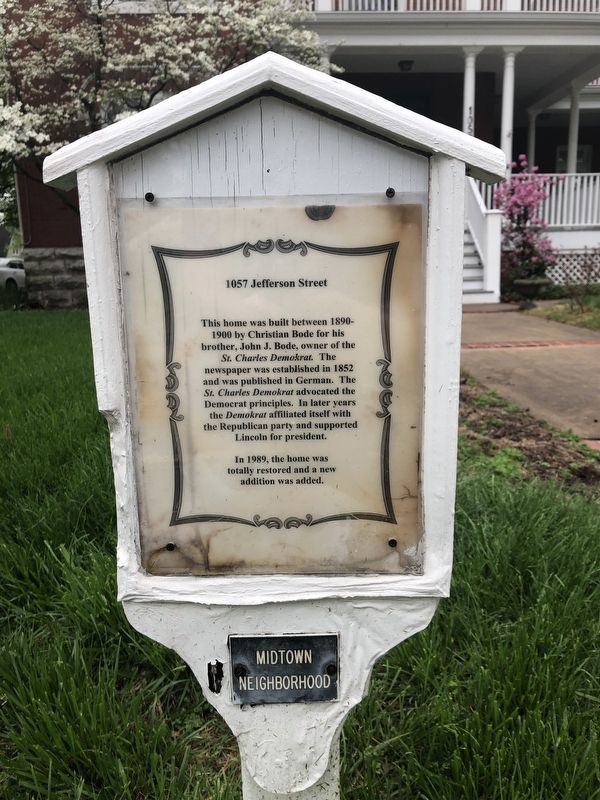 Photographed By Devry Becker Jones, April 24, 2019
1. 1057 Jefferson Street Marker
Inscription.
1057 Jefferson Street. Midtown Neighborhood. This home was built between 1890-1900 by Christian Bode for his brother, John J. Bode, owner of the St. Charles Demokrat. The newspaper was established in 1852 and was published in German. The St. Charles Demokrat affiliated itself with the Republican party and supported Lincoln for president., In 1989, the home was totally restored and a new addition was added. . This historical marker is in St. Charles in St. Charles County Missouri

In 1989, the home was totally restored and a new addition was added.

Topics. This historical marker is listed in these topic lists: Communications • Government & Politics. A significant historical year for this entry is 1852. 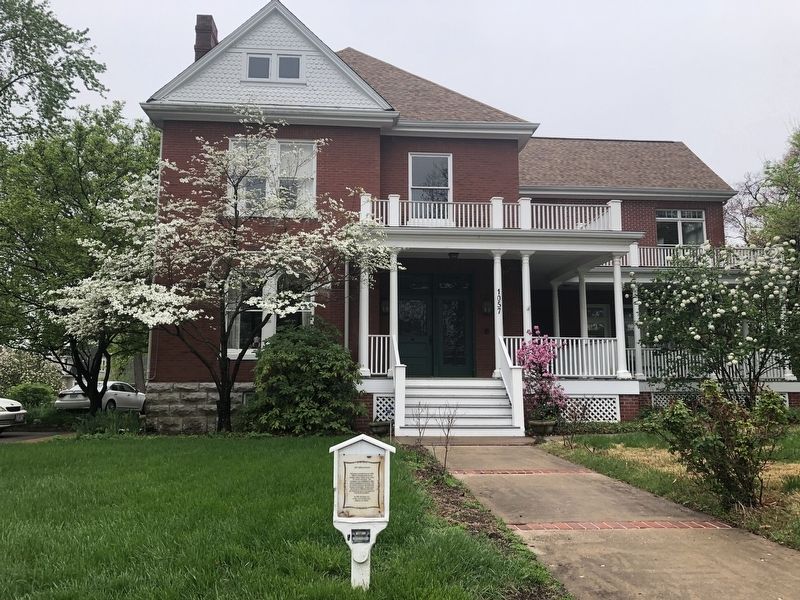