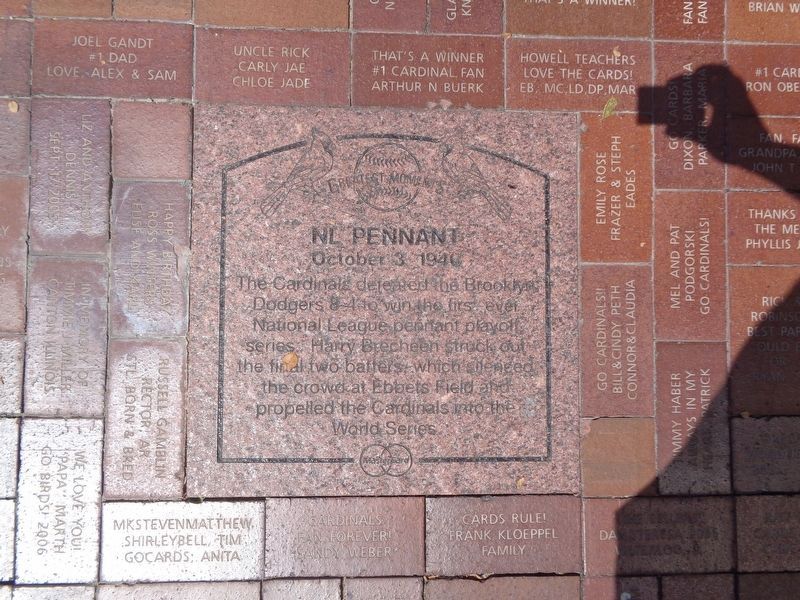 The Cardinals defeated the Brooklyn Dodgers 8-4 to win the first-ever National League pennant playoff series. Harry Brecheen struck out the final two batters, which silenced the crowd at Ebbets Field and propelled the Cardinals into the World Series.

Topics and series. This historical marker is listed in this topic list: Sports. In addition, it is included in the Missouri, St. Louis Cardinals Greatest Moments series list. A significant historical date for this entry is October 3, 1946. 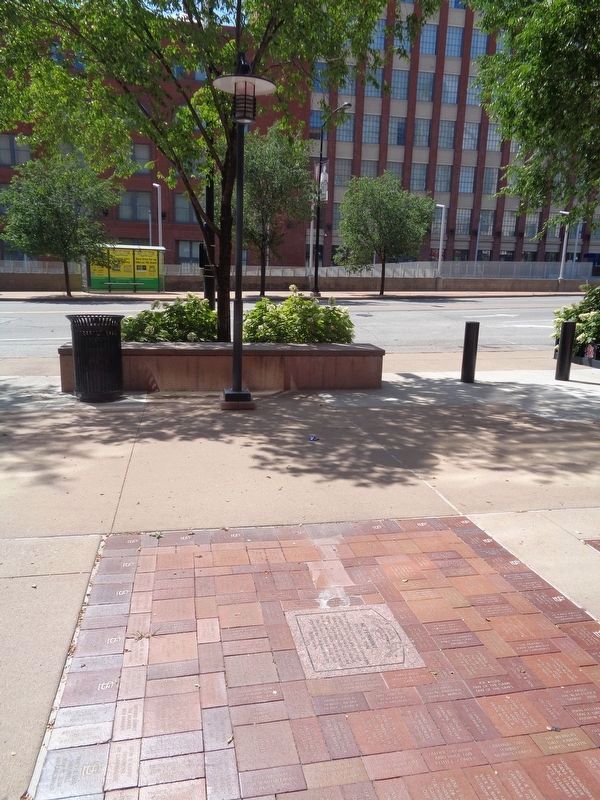 Additional keywords. baseball, Major League Baseball
Credits. This page was last revised on January 28, 2021. It was originally submitted on May 3, 2019, by Devry Becker Jones of Washington, District of Columbia. This page has been viewed 83 times since then and 10 times this year. Photos:   1, 2. submitted on January 28, 2021, by Jason Voigt of Glen Carbon, Illinois.
Share this page.