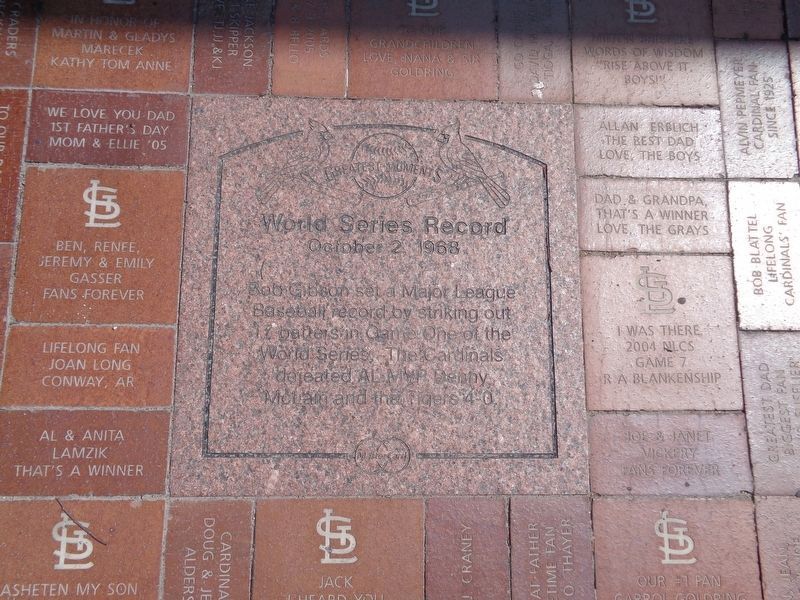 Bob Gibson set a Major League Baseball record by striking out 17 batters in Game one of the World Series. The Cardinals defeated AL MVP Denny McLain and the Tigers 4-0.

Topics and series. This historical marker is listed in these topic lists: African Americans • Sports. In addition, it is included in the Missouri, St. Louis Cardinals Greatest Moments series list. A significant historical date for this entry is October 2, 1968.