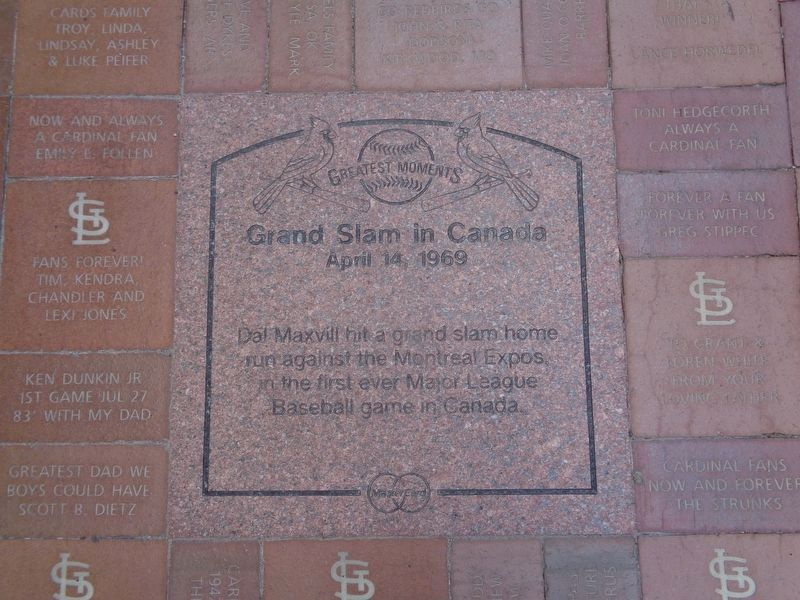 Dal Maxvill hit a grand slam home run against the Montreal Expos, in the first ever Major League Baseball game in Canada.

Topics and series. This historical marker is listed in this topic list: Sports. In addition, it is included in the Missouri, St. Louis Cardinals Greatest Moments series list. A significant historical date for this entry is April 14, 1969.