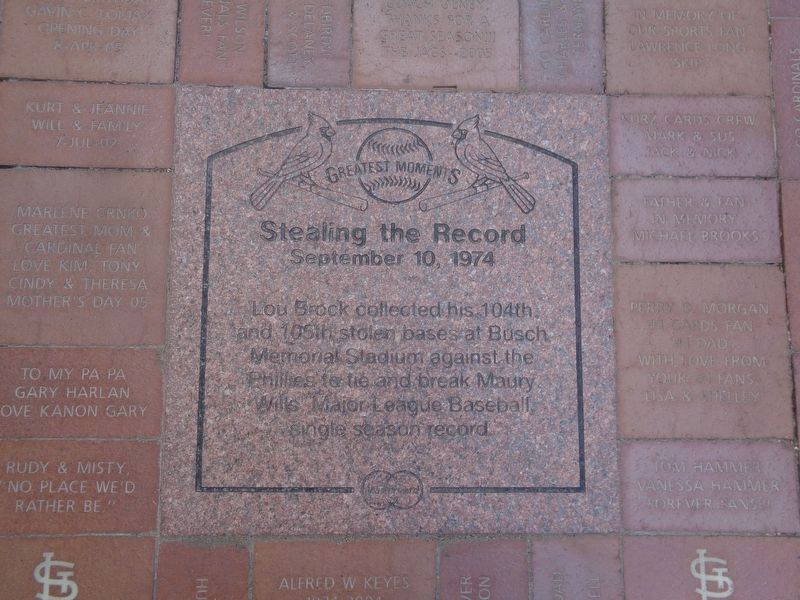 Topics and series. This historical marker is listed in these topic lists: African Americans • Sports. In addition, it is included in the Missouri, St. Louis Cardinals Greatest Moments series list. A significant historical date for this entry is September 10, 1974.

Regarding Stealing the Record.

Click or scan to see
this page online
Brock would finish the 1974 season with 118 base steals. That record would stand until 1982 when Rickey Henderson broke it with 130 stolen bases. It is also noteworthy that there are three other stolen base achievements that were higher than Brock's, if one was to include pre-modern baseball era statistics.
Credits. This page was last revised on July 24, 2020. It was originally submitted on May 4, 2019, by Devry Becker Jones of Washington, District of Columbia. This page has been viewed 105 times since then and 7 times this year. Photo   1. submitted on July 24, 2020, by Jason Voigt of Glen Carbon, Illinois.
Share this page.