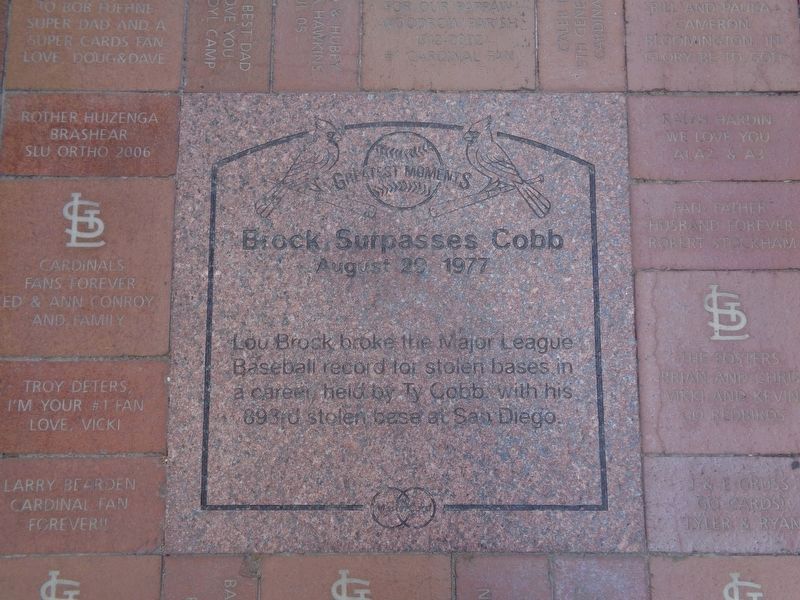 Lou Brock broke the Major League Baseball record for stolen bases in a career, held by Ty Cobb, with his 893rd stolen base at San Diego.

Topics and series. This historical marker is listed in these topic lists: African Americans • Sports. In addition, it is included in the Missouri, St. Louis Cardinals Greatest Moments series list. A significant historical date for this entry is August 29, 1977.

Click or scan to see
this page online
Brock finished his career at the end of the 1979 season with 938 stolen bases. He would hold the record until May 1, 1991, when Rickey Henderson broke it after stealing his 939th base. Henderson continues to have the all-time career stolen base record with 1,406.