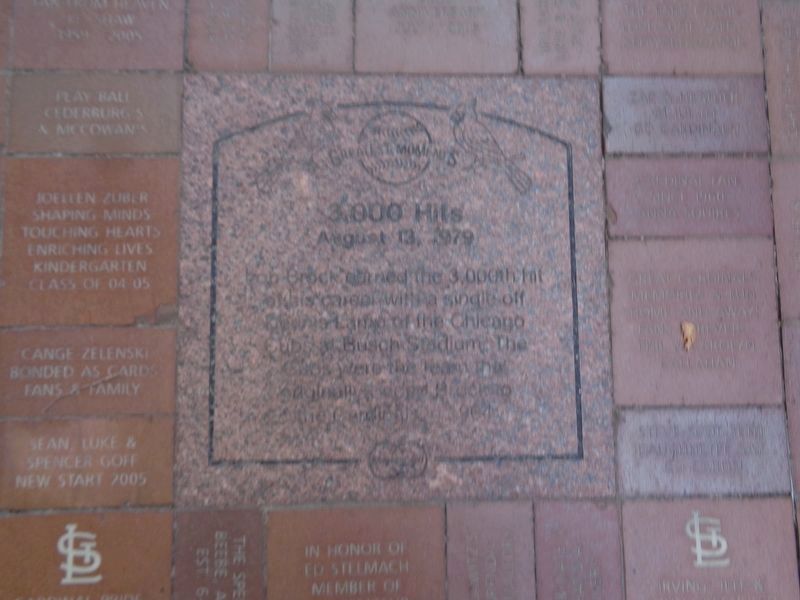 Lou Brock earned the 3,000th hit of his career with a single off Dennis Lamp of the Chicago Cubs at Busch Stadium. The Cubs were the team that originally traded Brock to the Cardinals in 1964.

Topics and series. This historical marker is listed in these topic lists: African Americans • Sports. In addition, it is included in the Missouri, St. Louis Cardinals Greatest Moments ⚾️ series list.