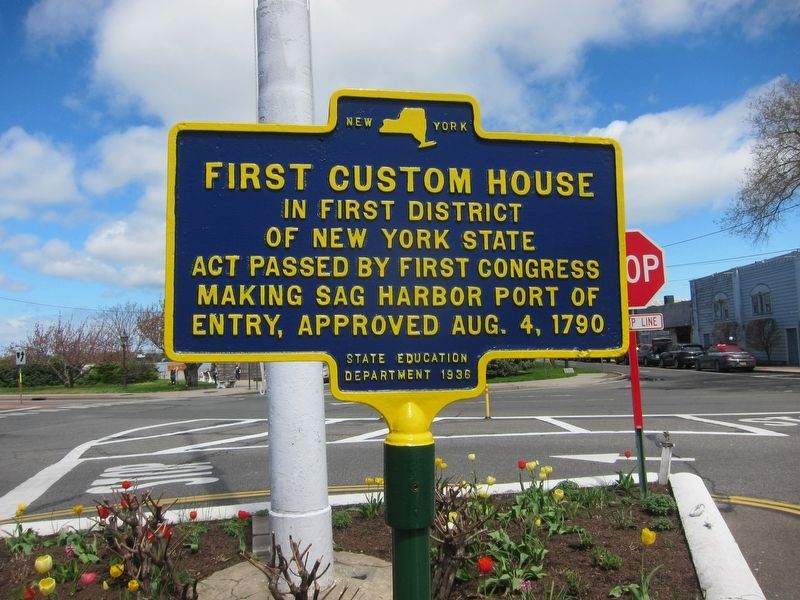 Topics. This historical marker is listed in these topic lists: Government & Politics • Waterways & Vessels. A significant historical date for this entry is August 4, 1790. 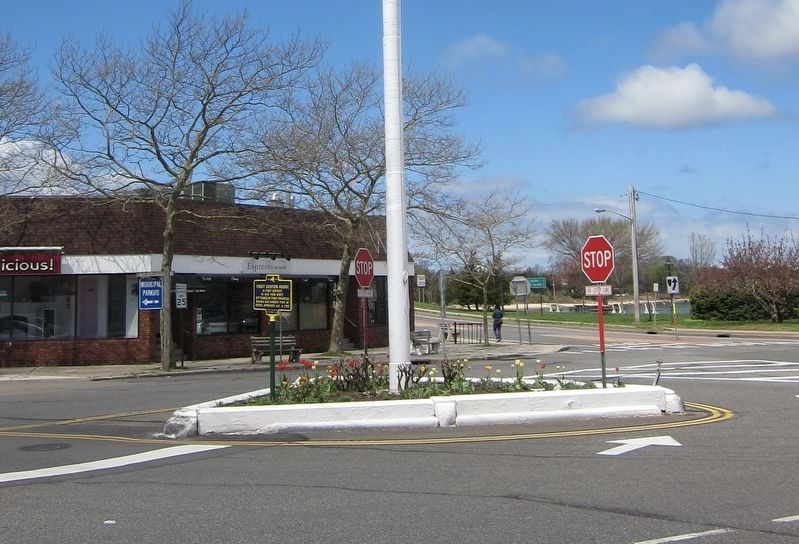 Click or scan to see
this page online
(about 400 feet away); Lance Corporal Jordan C. Haerter Memorial (about 600 feet away). Touch for a list and map of all markers in Sag Harbor.

More about this marker. The marker itself is in the middle of "downtown", while the house is about a quarter mile away, up Main Street.

Also see . . .  Custom House (preservationlongisland.org). "Sag Harbor became a United States port of entry in 1789 with a growing population involved in servicing whalers, coasters, and West Indian trade ships. Henry Packer Dering, Sag Harbor’s first United States custom master, acquired the property in the early 1790s. The house was originally located at the corner of Union and Church Streets before moving to its current site in 1948 by the Old Sagg-Harbour Committee in order to save it from demolition. In 1966, Preservation Long Island (formerly the Society for the Preservation of Long Island Antiquities) acquired the property. Today, it is interpreted to reflect the work and daily activities of Dering, his wife, and nine children." (Submitted on May 4, 2019.) 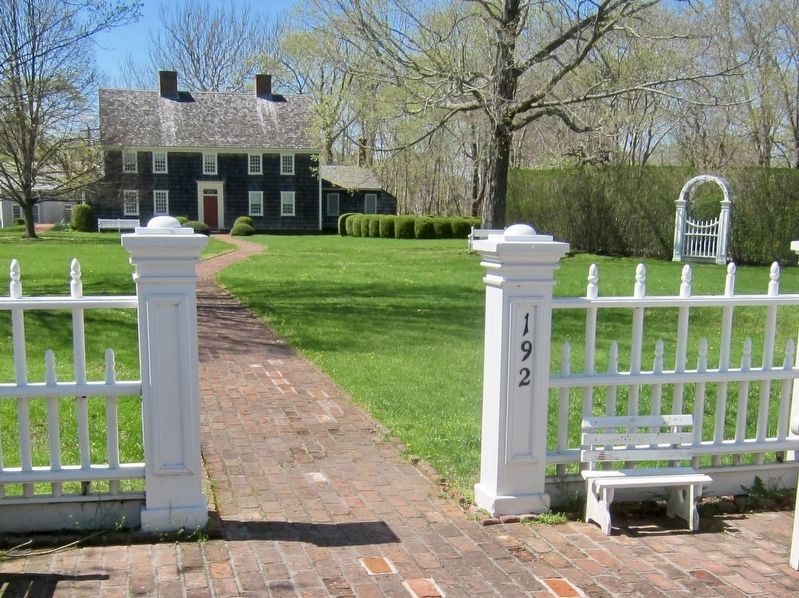 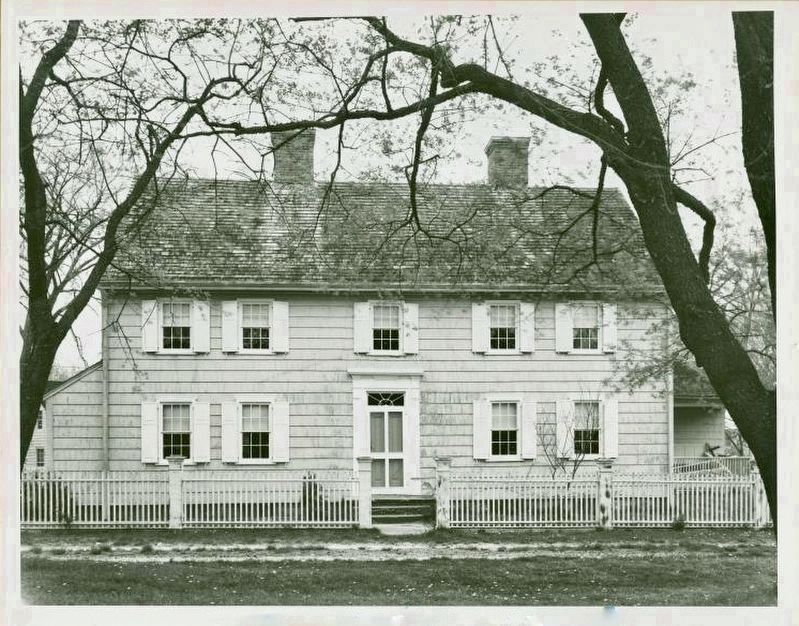