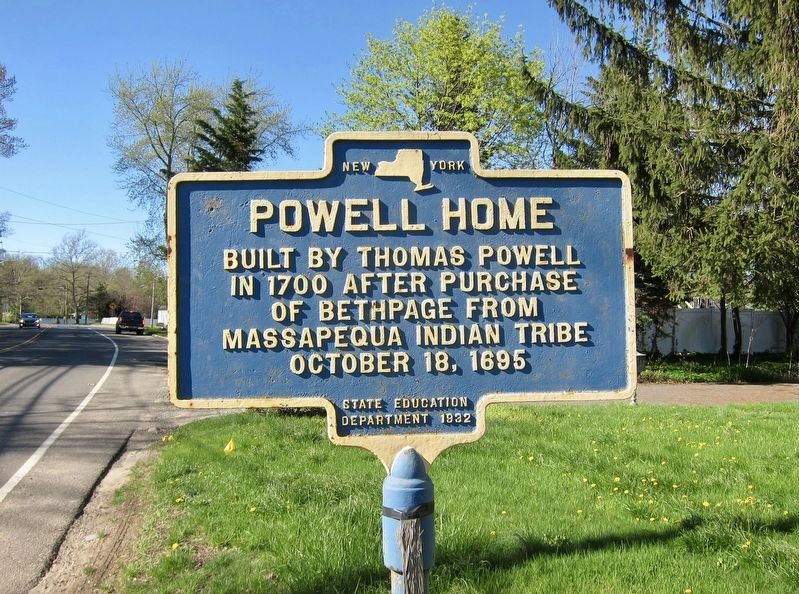 By Andrew Ruppenstein, April 24, 2019
1. Powell Home Marker
Inscription.
Powell Home. .
Built by Thomas Powell in 1700 after purchase of Bethpage from Massapequa Indian Tribe October 18, 1695 . . This historical marker was erected in 1932 by State Education Department. It is in Bethpage in Nassau County New York

Built by Thomas Powell
in 1700 after purchase
of Bethpage from
Massapequa Indian Tribe
October 18, 1695 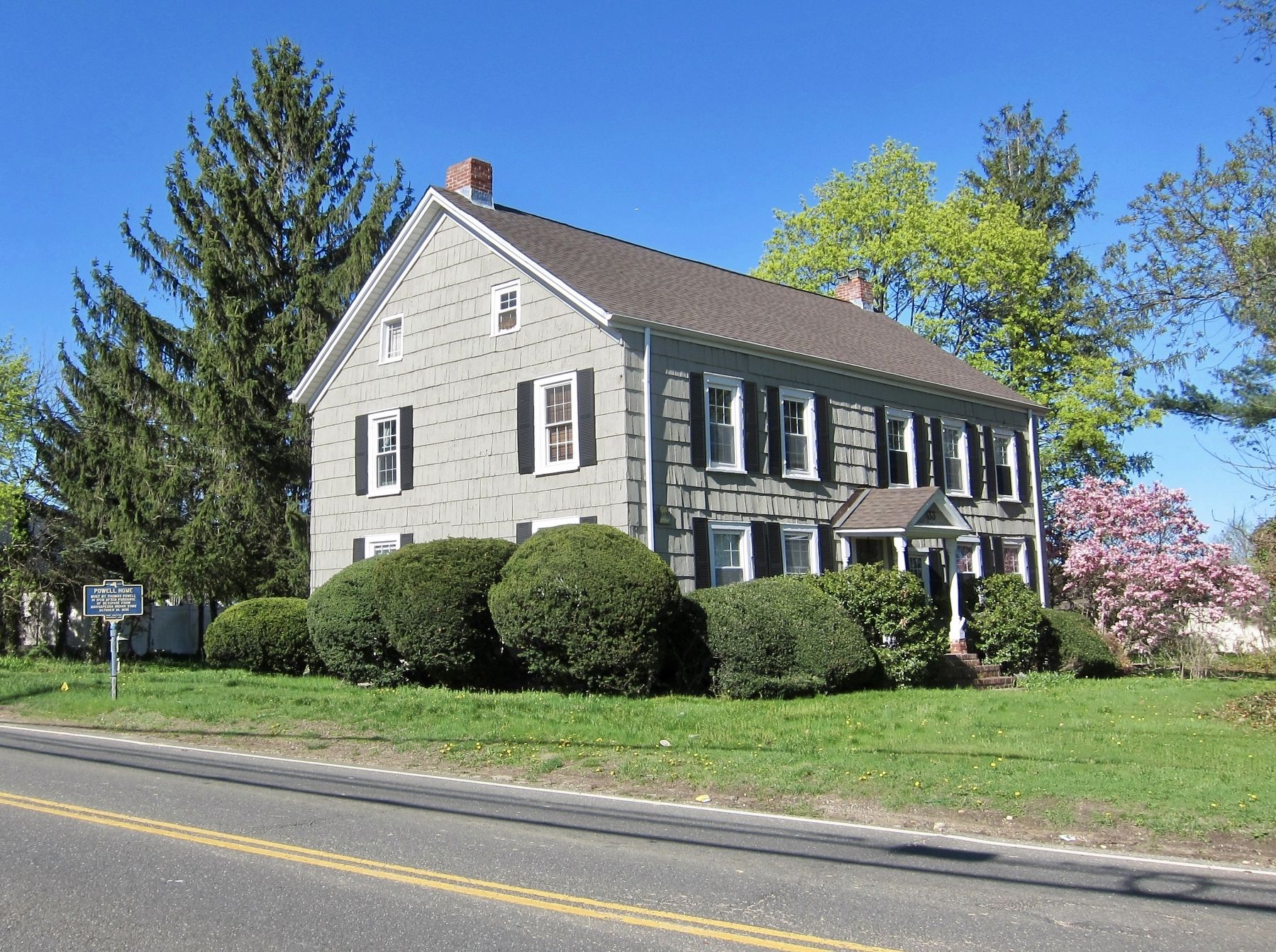 Also see . . .  Bethpage Purchase (Wikipedia). "The Bethpage Purchase was a 1687 land transaction in which Thomas Powell, Sr, bought more than 15 square miles (39 km2; 9,600 acres) in central Long Island, New York for £140 (English pounds sterling) from local Indian tribes, including the Marsapeque, Matinecoc, and Sacatogue. This land, which includes present day Bethpage, East Farmingdale, Farmingdale, Old Bethpage, Plainedge, Plainview, South Farmingdale, and part of Melville, is approximately 3.5 miles (5.6 km) east to west and 5 mi (8.0 km) north to south, covering land on both sides of the present-day border between Nassau and Suffolk counties....On October 18, 1695, Mawmee (alias Serewanos), William Chepy, Seurushung, and Wamussum made their marks on the sheepskin deed. The deed, which recognizes Powell had already been in possession of part of the land for more than seven years, is recorded in the Queens County Clerks office, and in it, the Indians reserved the right to pick berries and hunt on the property sold...." (Submitted on May 4, 2019.)
Credits. This page was last revised on May 4, 2019. It was originally submitted on May 4, 2019, by Andrew Ruppenstein of Sacramento, California. This page has been viewed 198 times since then and 82 times this year. Photos:   1, 2. submitted on May 4, 2019, by Andrew Ruppenstein of Sacramento, California.
Share This Page.