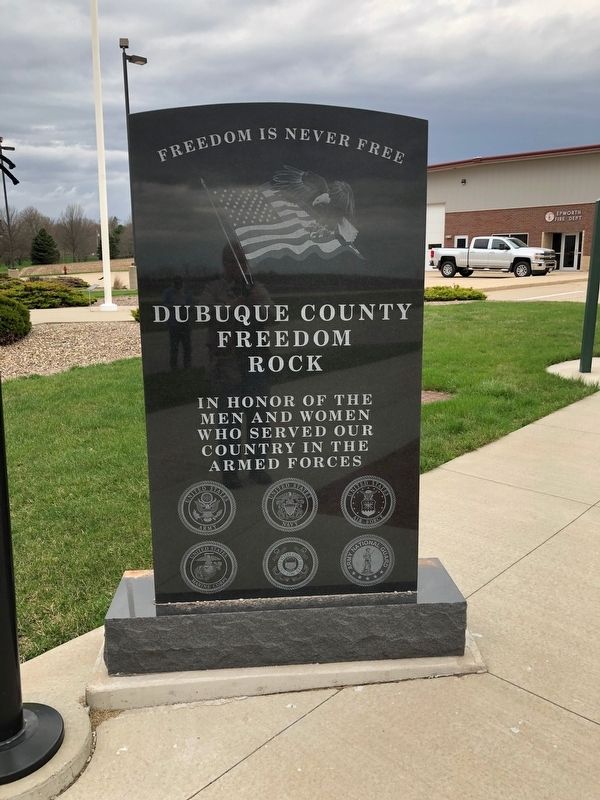 In Honor of the men and women who served our country in the Armed forces.

Topics and series. This memorial is listed in these topic lists: War, US Civil • War, Vietnam • War, World II. In addition, it is included in the Freedom Rock Memorials series list.

More about this memorial.

The city hall facing side features multiple Veteran stories from around Dubuque County. The Roman Catholic Chaplain, Lt. Aloysius Schmitt, (to the far left of the eagle's wing) was aboard the USS Oklahoma when the Japanese attacked Pearl Harbor. The Oklahoma was hit and began to list and roll over. Many men were trapped but Schmitt and a few others found there way to a small escape hatch. Schmitt helped those with him to escape and when it was his turn he struggled to get through. Some say he refused to take off his belt which contained his bible and crucifix. He realized the water was raising rapidly and heard others coming to escape. He then asked to be pushed back through so he could help others escape. Witnesses say he said "Please let go of me, and may God Bless you all." Schmitt continued to help others through the hatch until it sank, killing him and 447 other crew members. He was posthumously awarded the Navy and Marine Corps Medal for "Distinguished heroism and sublime devotion to his fellow man."

The next story is meant to represent all those injured in the service but is inspired by US Army Combat Engineer Rich Billmeyer who was wounded by an IED performing route-clearance operations in Afghanistan. He lost both legs above the knee in the blast and spent 18 months relearning how to walk with prosthetics. His son Wolfegang, inspired by his father's service, recently joined the Navy.

The next one over is Army nurse Maj. Genevieve Smith. As a WWII nurse Smith was set to retire after 22 years of service. Instead she accepted a position to serve in Korea in 1950. In July of that year her flight from Japan to Korea ended in tragedy as the plane crashed with Smith, 22 other passengers and a three man aircrew. Only one man survived by being sucked out of the plane and pulling his ripcord before he lost consciousness.

The last story is illustrating Vietnam Veteran Bob Kluesner. A machine gunner in Vietnam, Bob was in many firefights and was repeatedly wounded and sent back to fight. The firefight that ended his service was in July of 1969. He reached to unjam his machine gun and his hand was shot, blowing the back of his hand off and that's the last he remembers. According to accounts the Vietnamese then shot him in the back of the head, rolled him over and shot him in the chest to confirm the kill. Bob had other plans though. After being placed on a pile designated for bodies and body parts he moaned loud enough to be discovered and rushed to a hospital. There he went through many surgeries removing some of the bullets. After making it home he married his high school sweetheart had three boys and worked almost 30 years at John Deere. Besides limited use of his hand, Bob suffered from chronic pain, lupus, two bouts of malaria from Vietnam, and an autoimmune disorder linked to Agent Orange exposure. Along with various other medals Bob earned 4 purple hearts!

The flag is of course, draped over the top of the rock and at the bottom of the stripes is a piece honoring the POW/MIAs. 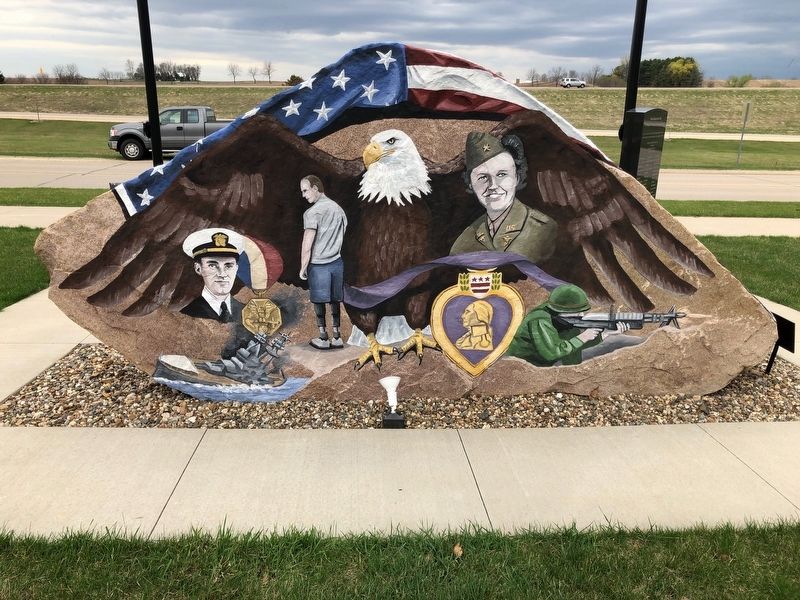 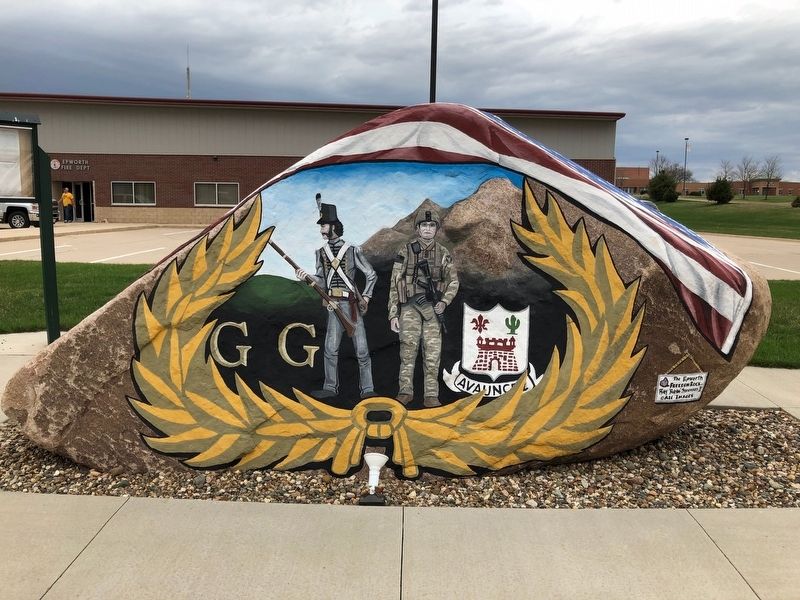 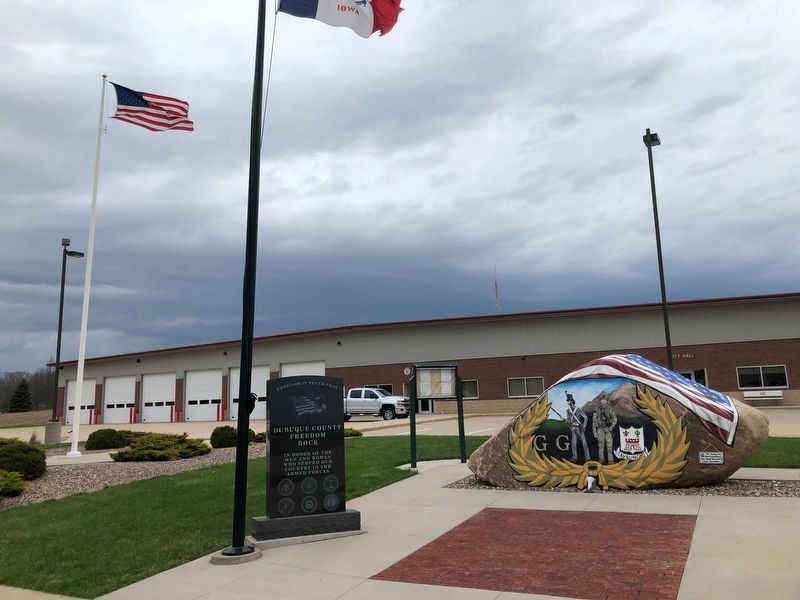