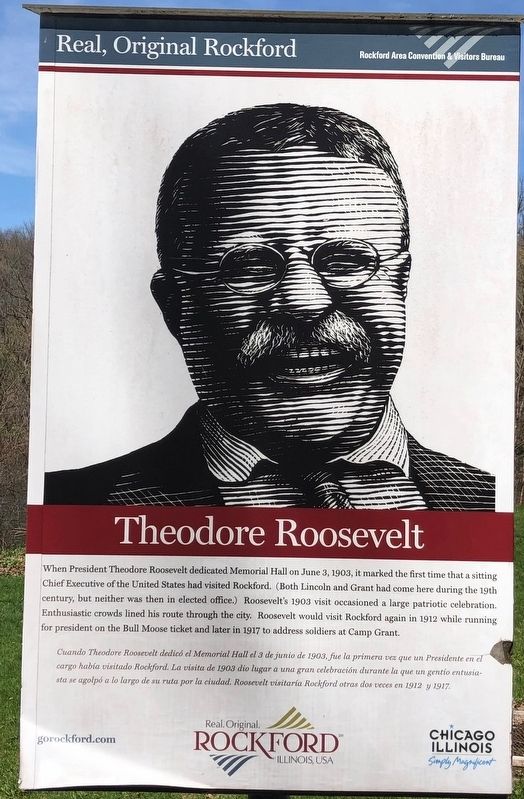 Photographed By Ruth VanSteenwyk, April 23, 2019
1. Theodore Roosevelt Marker
Inscription.
When President Theodore Roosevelt dedicated Memorial Hall on June 3, 1903, it marked the first time that a sitting Chief Executive of the United States had visited Rockford. (Both Lincoln and Grant had come here during the 19th century, but neither was then in elected office.) Roosevelt's 1903 visit occasioned a large patriotic celebration. Enthusiastic crowds lined his route through the city. Roosevelt would visit Rockford again in 1912 while running for president on the Bull Moose ticket and later in 1917 to address soldiers at Camp Grant. , . This historical marker was erected by Rockford Area Convention and Visitors Bureau. It is in Rockford in Winnebago County Illinois