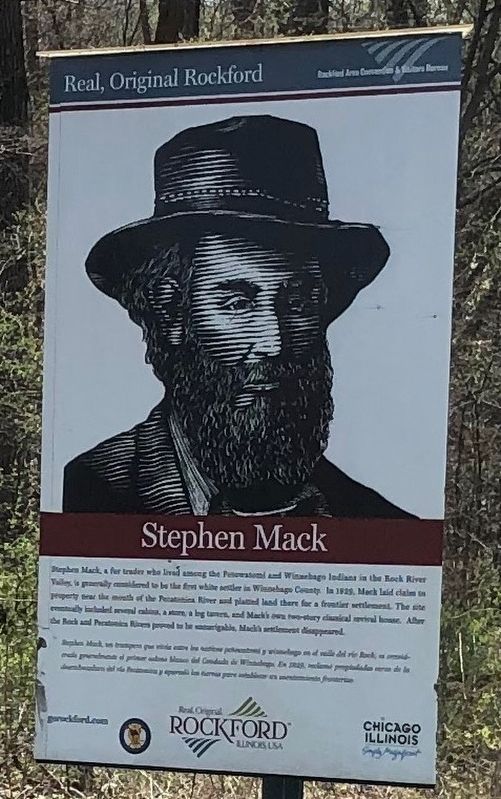 By Ruth VanSteenwyk, April 23, 2019
1. Stephen Mack Marker
Inscription.
Stephen Mack, a fur trader who lived among the Potowatomi and Winnebago Indians in the Rock River Valley, is generally considered to be the first white settler in Winnebago County. In 1829, Mack laid claim to property near the mouth of the Pecatonica River and platted land there for a frontier settlement. The site eventually included several cabins, a store, a log tavern, and Mack's own two-story classical revival house. After the Rock and Pecatonica Rivers proved to be unnavigable, Mack's settlement disappeared. . . . This historical marker was erected by Rockford Area Convention & Visitors Bureau.. It is in Rockford in Winnebago County Illinois