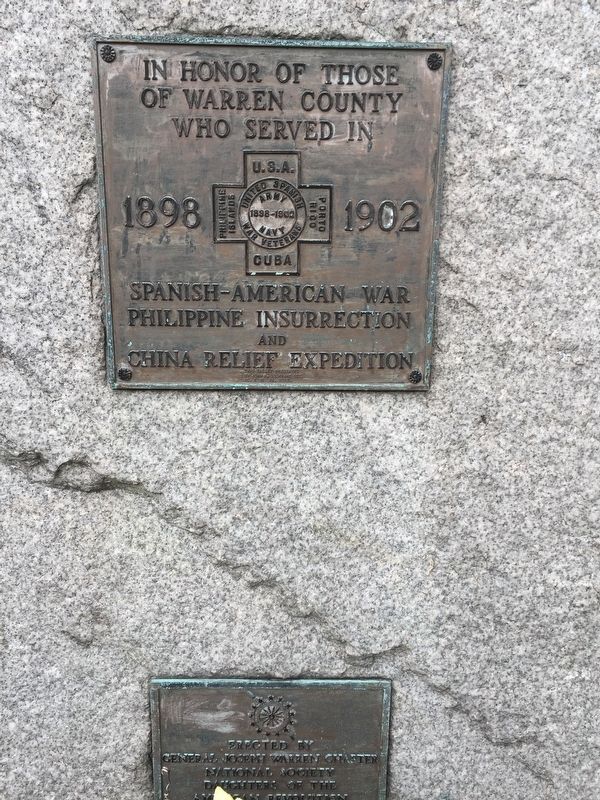 Photographed By Steve Stoessel, May 4, 2019
1. In Honor Marker
Inscription.
In honor of those of Warren County who served in Spanish-American War Philippine Insurrection and China Relief Expedition . This memorial was erected by General Joseph Warren Chapter, National Society of Daughters of the American Revolution. It is in Warren in Warren County Pennsylvania

Location. 41° 50.59′ N, 79° 8.997′ W. Marker is in Warren, Pennsylvania, in Warren County. Memorial is at the intersection of Hickory Bridge and Crescent Park, on the left when traveling south on Hickory Bridge. At south end of bridge on SE corner. Touch for map. Marker is in this post office area: Warren PA 16365, United States of America. Touch for directions. 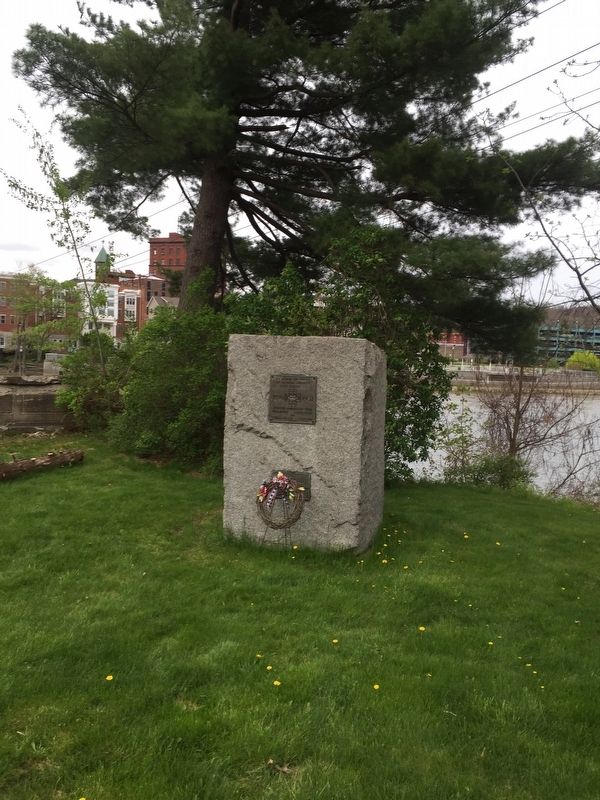